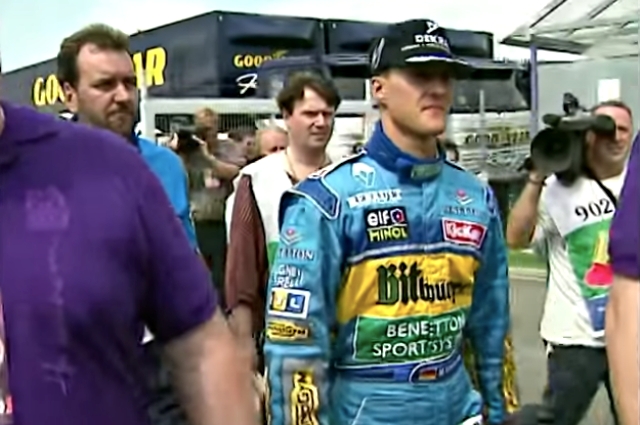 When Michael Schumacher officially retired for the second time in 2012, he remained visible in the Formula One race events. But everything changed when he got into a nasty accident while skiing in the Alps with his family in 2013.

He sustained a serious head injury that left him possibly paralyzed. Since his accident in December 2013, Schumacher was never seen again up to now. He was in a coma for half a month and was reported to have been brought home to his house in Switzerland, where doctors and other medical experts will continue his treatments.

It was believed that his family set up a space for Michael Schumacher’s rehabilitation and treatment, but some people are speculating that these are useless because the former racer is still bedridden. But in 2018, this report has been debunked, and rather, Schumi is said to be continuously receiving nursing care in his Swiss chateau that costs $62,145 a week as per The Daily Mail.

The 7-time Formula One legend was also said to have multiple tubes on his body to keep him alive, but this was refuted as well. They say that he is on therapy and doing well.

How long will it take before Schumacher recovers?

Two days after the accident, on Jan. 1, 2014, Schumi’s condition was said to have improved after the head surgery. However, the doctors said that he is still not out of danger.

Metro reported that Michael Schumacher was in a coma for six months, and in late 2014, a doctor allegedly said that they had seen great improvements in the champ’s health condition. He can already respond to his family’s voices, but it is not clear if this means he can already talk again.

In 2015 up to 2019, his friends and family continue to say that Schumi is recovering well, and he is “still fighting.” They said that he is a natural fighter and will not give up easily, so they were suggesting that he will eventually recover.

But then again, a leading neurosurgeon in Italy said that those close to Michael Schumacher is not being truthful. He said that the F1 legend is still being cared for, but his recovery is not certain because the long years that he has been on treatment would have altered his body already.

“We must imagine a person very different from the one we remember on the track, with a very altered and deteriorated organic, muscular, and skeletal structure,” Dr. Nicola Acciari said. “All as a result of the brain trauma he suffered.”