NFL Draft 2020: Where to watch and everything fans need to know about the changes in this year’s event 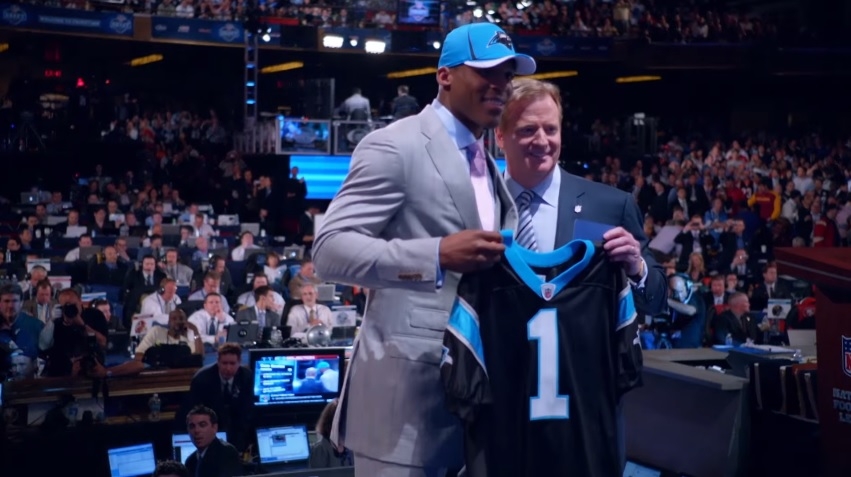 From the "We are Dreams" 2016 NFL Draft trailer | Photo credit: NFL / YouTube screenshot

Many things will be done differently in this year’s NFL Draft due to the COVID-19 pandemic. On the bright side, league officials decided not to cancel the event, and franchises will be welcoming their rookies before the month ends.

When is it happening and where to watch?

Fans can watch all rounds happen through live broadcasts on ABC, ESPN, and NFL Network. One thing that will not be changed this year is the allotted time for teams to choose players – that is 10 minutes in Round 1, seven minutes on the second day, and five minutes from Round 4 to the end.

What changed in this year’s format

This year’s NFL Draft was supposed to be a very grandiose event hosted by the Raiders in their new home, Las Vegas. The main stage was initially planned somewhere close to the Caesars Forum along with an over-the-water red carpet at the Bellagio where prospects would have been carried by boat.

That all changed in March when the threats posed by coronavirus became much more apparent. The league will now strictly implement social distancing protocols during the NFL Draft 2020. This means everyone – NFL officials, teams, and prospects – will be in their respective homes while the Draft unfolds.

Even NFL Commissioner Roger Goodell will reportedly be announcing the draft picks from his basement in his Bronxville, New York home. The same goes for other league officials and team personnel working on Draft day. NFL reportedly wants the event to happen completely virtual, which means everyone will have to communicate online or over the phone during the usually tense moments.

Another common sight during the NFL Draft is the gathering of players and their families at the venue waiting for their name to be called. That will not happen this year as well. But since players’ reactions are one of the highlights of the event, the NFL will provide cameras to top 58 prospects so they can record their reactions upon getting picked by a club.