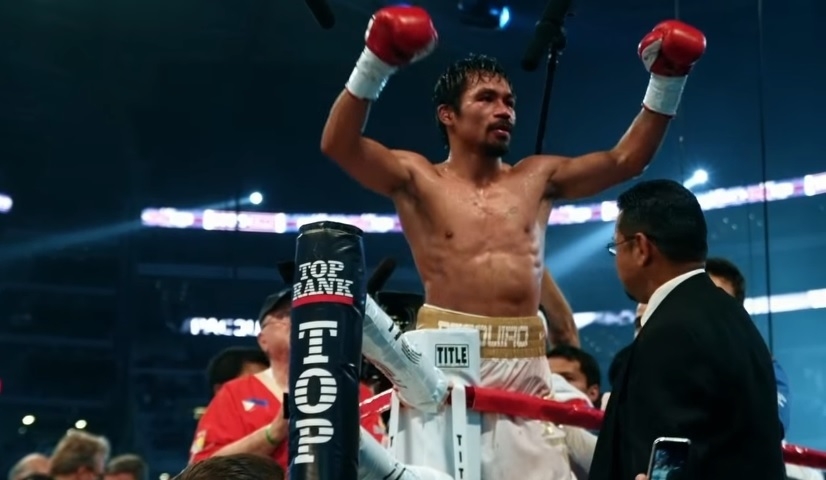 Manny Pacquiao and Terence Crawford are considerably two of the best welterweight boxers today as they each hold a world champion title in the division. If Bob Arum’s hopes would come to fruition, fans could be looking at a match between these two fighters once the global situation permits.

Manny Pacquiao next opponent: Terence Crawford match is a possibility, per Bob Arum

The guessing game on who is going to fight Pacquiao next will be extended indefinitely. The boxing icon is unlikely to finalize the details of his return to the ring anytime soon due to the COVID-19 pandemic. It is then not surprising that every week, a name within the welterweight division is being attached as a possible opponent of the Filipino champ.

This time, speculations about Pacquiao’s possible bout with Crawford is being revived. Top Rank’s Arum revealed there had been talks about making this matchup happen before sporting events were canceled because of coronavirus.

“These are tentative talks,” Arum said in an interview with BoxingScene.com. “To make it happen, we’d have to do it outside of the United States, and outside of the Philippines, of course. And we’d have to make it work with a big site fee.” This could work, if these talks would pan out since Pacquiao’s camp has been telling the press they want to take the eight-division champion’s next fight to Saudi Arabia.

Arum added that he had sent out proposals before the COVID-19 situation got worse that would have landed Crawford a match with Pacquiao sometime in summer or fall. However, the veteran boxing promoter said he is “optimistic” he can once again pursue talks for this matchup “in the next month or so.” Having talked to Crawford and his trainer Brian McIntyre, Arum said it appears that both camps are responding positively about the prospective fight.

Manny Pacquiao: Could his next match be in front of an empty stadium?

It is quite uncertain, though, how Pacquiao’s next match would take place regardless of his opponent. There is no certain period when the COVID-19 crisis will subside around the world. Even then, it might not be advisable to immediately pack thousands of fans in one place.

This has led to suggestions that sporting events could proceed in the coming months but without spectators. However, Pacquiao does not seem too inclined to the idea.