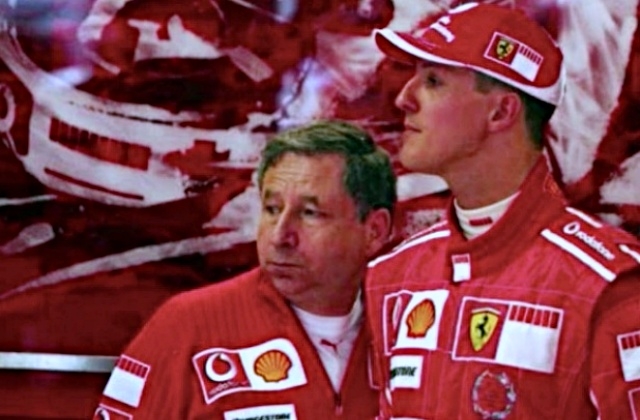 Michael Schumacher has been inactive in the F1 racing world for more than seven years now. Since he retired in 2012, he has been appearing in races or events but since figuring in a grave skiing accident in 2013, he has completely disappeared from the scene.

Although Michael Schumacher was lucky to have made it and able to recover even if not completely, he remained absent in the world of Formula One and his family chose to keep his condition a secret as well. Now, a new racer, Lewis Hamilton, was able to surpass the F1 legend’s records and predicted to go way beyond what Schumi was able to achieve throughout his racing years.

It can be said that Lewis Hamilton filled in for the absence of Michael Schumacher and he even matched and surpassed his records now. There are people who are saying that while Hamilton’s achievements were impressive, still, no one can replace Schumacher.

Recently, FIA president Jean Todt honored both Michael Schumacher and Lewis Hamilton by giving them special awards. The ceremony for the annual Prize Giving Ceremony was held in Geneva, Switzerland but the guests attended the event virtually due to the COVID-19 pandemic restrictions.

On behalf of Schumi, his wife Corinna Schumacher attended the ceremony and personally accepted the President’s Special Award that he jointly received with Lewis Hamilton. FIA president, Jean Todt, tweeted about the recognition on Dec. 19.

@F1 World Drivers’ Championships,” he wrote on Dec. 19. “And the inspiration their sporting and personal commitments have brought to the world.”

The fans react to the awards

Todt added that the two awardees are not just champions but “incredible human beings.” He said that “Michael was always ready to support any kind of action to benefit society, thus to have someone like Michael and Lewis to educate and engage with young people is essential.”

Now, it seems that many responded negatively to Michael Schumacher’s recognition. People are saying that Lewis Hamilton should have received it alone because this is his time and Schumi already had his own glory years ago. As a result, they slammed Jean Todt and accused him of being bias.

“I don't understand why you (Todt) had to mix Lewis Hamilton’s achievements with someone we have already celebrated,” one netizen commented. “The bias of ignorance is shocking. We love Michael but Lewis has matched his achievements so why do they need to share this award?”

A lot of people agreed with the comment and they said that Michael Schumacher has many achievements and he has been recognized enough in his active years. For them, this is Hamilton’s moment and he should have been honored alone instead. Fans said that this is actually an insult for Hamilton rather than an honor.