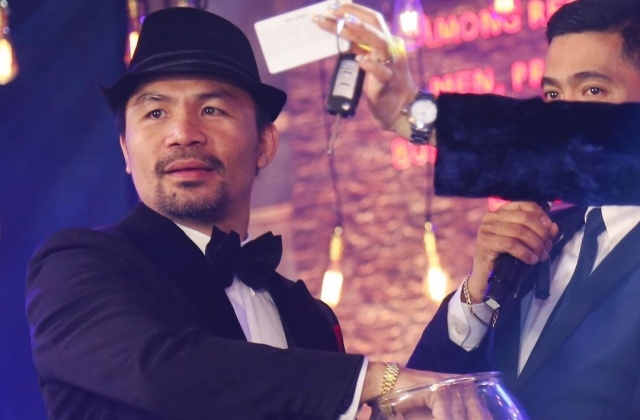 Manny Pacquiao was confirmed to have agreed to fight Terence Crawford and the match is currently in the works for 2021. Top Rank’s promoter Bob Arum revealed this information early this week.

Pacquiao vs Crawford in 2021

As per Arum, they are hoping for the Manny Pacquiao vs. Terence Crawford fight for spring next year. This will be the Filipino boxer’s first fight since his win over Keith Thurman in July 2019.

It turned out that the fight has been originally set for this month in Qatar. However, due to the pandemic, it did not push through and now they are working on getting it going again.

“Bob Arum has said they previously had a deal in place for Terence Crawford vs Manny Pacquiao to happen in Qatar this month, only for it to be scuppered by the pandemic,” Michael Benson, boxing editor for talkSPORT tweeted on Nov. 17. “He revealed that they are now trying to resurrect this for spring 2021, depending on the situation.”

It was added that Top Rank will capitalize on both Pacquiao and Crawford’s popularity in a PPV event. Through the match, the company is hoping to generate high revenue as fans worldwide are raring to see a new match after a long drought in the boxing scene.

Meanwhile, Manny Pacquiao recently made a huge donation to the victims of typhoon victims in the Philippines. The country was hit with two devastating storms that left thousands homeless and without food.

Pacman was appointed as the new brand ambassador of the country’s leading telecommunications service provider, Globe. It was revealed that for the endorsement, he donated all his fees to those who were affected by typhoons Rolly and Ulysses.

“I said yes to Globe because I believe in the company and I use the company’s services,” the boxer said in a statement via Globe press release. Not only that, I am given another God-given opportunity to be of help to our countrymen in any way I can that is why my endorsement fee for this will go to relief efforts to help our compatriots who were affected by the devastation of typhoons Rolly and Ulysses.”

Now, as per World Boxing News, in case Manny Pacquiao fights Terence Crawford next year, Globe is expected to the match in the Philippines through UPSTREAM. This is Globe’s newest transactional VOD or video-on-demand platform.