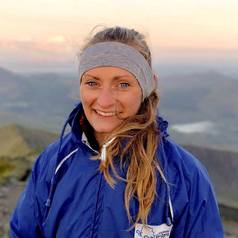 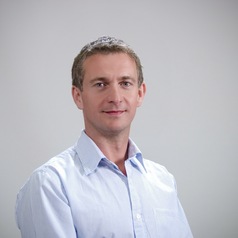 By Rhi Willmot, John A Parkinson

When the coronavirus pandemic struck the UK in March 2020, many social fitness activities were halted with immediate effect as the country was placed in lockdown and people were prevented from meeting together in groups to exercise.

The rules were relaxed over the summer and many people were able to get out and enjoy activities such as jogging and cycling. But as autumn brought colder weather and an increase in infection rates across much of the country, the reintroduction of restrictions once again brought a halt to social fitness – including to the popular parkrun initiative.

Parkrun is an organised and timed 5km run, which takes place in public green spaces on Saturday mornings around the world. Starting with an unofficial gathering of 13 amateur runners in the UK, over two million people have since taken part at one of the 730 free weekly events around the world. Any community can host a parkrun, anyone can help organise an event, and anyone can participate, for free.

Parkrun has been extremely successful in attracting thousands of people to take part in regular physical activity, including those who are statistically less likely to exercise – such as those who lack social support or can’t afford to pay for a gym membership. It’s also a place to meet friends, become part of your community, and is recommended by GPs as a means of boosting mental health. As coronavirus continues to put strain on our many peoples’ wellbeing around the world, understanding how to “replace” parkrun is essential.

Having been initially suspended in March 2020, parkrun was due to start again in the UK during October – but its restart has been further delayed. This absence could be costly, given many people participate in parkrun as a way of supporting their health and wellbeing.

It’s unlikely parkrun will return before COVID-19 cases are under control. However some aspects of it can still be replicated safely.

For example, some online applications allow users to pair a stationary bicycle or treadmill with a TV or tablet, and follow an online route with friends from anywhere in the world in real time.

Other apps allow you to build your own 5km route, or you can track the distance you run and the time it takes you to complete your run. You can then share your run and compare times with your friends. This can help users encourage friendly competition and each other. Some software also provides text message functions, or you can download voice chat that allows runners to chat with friends while they work out.

One of the reasons for parkrun’s popularity is because people find it gives them a sense of solidarity and community, as runners of all ages and abilities can come together to tackle the same goal at the same time. Although these apps work a bit differently to parkrun, they may still give exercise a greater sense of satisfaction – while making it a social activity.

Taking part in mass online events (such as those live-streamed on social media) may help people keep exercise as a habit, while also feeling part of a community – both of which are reasons for parkrun’s popularity. “Wake Up with Joe”, broadcast at the same time every morning by UK fitness coach Joe Wicks, is one example of this approach.

People can take part in such live-streamed events no matter their skill level, and they don’t need any special equipment to participate. These are both factors which also explain why people enjoy parkrun. Parkrun also hosts events on the same day and at the same time each week, which helps participants incorporate exercise into their routine, and form habits. As such, live-streamed events which are broadcast at regular, fixed times are most likely to be successful. However the fact that people don’t have to make a firm commitment to attend parkrun on a formal basis paradoxically means people actually come along more often – and online livestreamed events will likely work the same.

The roles of the volunteer and the community are also central to parkrun’s success. Online platforms which enable users to contribute in some way – for example designing their own events or routes, as you can do using JustMove – can also drive engagement. In these difficult times, it’s important to be as creative as possible, and systems which deliver a sense of unity in an accessible and low-pressure format will go down well.

Online apps mean that as COVID continues, it’s still possible to join a group of friends online for a virtual run or ride. Adapting them to provide the parkrun sense of community, accomplishment and freedom could give us a temporary alternative – which also helps us stay motivated to keep exercising in the long run.

But it’s important to note that unlike parkrun, many of these apps are not free. The pandemic has increased inequalities around health and wellbeing more than ever, by further limiting opportunities for exercise to those who are already deprived. This makes it all the more important to use the lessons of parkrun in identifying or creating exercise options which are accessible to all.