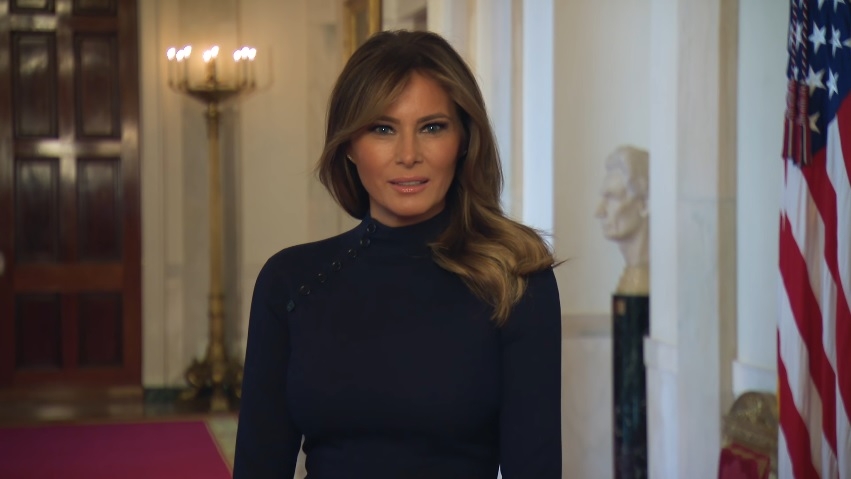 United States First Lady Melania Trump has been tested for the novel coronavirus, officially named COVID-19, and has tested negative. The confirmation comes from his husband, President Donald Trump, just a couple of days after her message of hope for Americans amid the global pandemic was released.

Donald Trump and Melania Trump were both tested for the COVID-19 on March 13. However, the result for the latter was only confirmed on late Monday.

The President, during a press briefing, was asked by reporters if the First Lady has taken the same test to which he replied, “Yes.” He also confirmed that Melania Trump is “fine” implying that she was found negative of the novel coronavirus. Donald Trump’s test result was made public just a couple of days after he took it. Like his wife, he was also tested negative from COVID-19.

Melania Trump’s COVID-19 test result was further confirmed by White House Press Secretary Stephanie Grisham. She told CNN on Monday, “Mrs. Trump got tested the same night as the President was tested, out of an abundance of caution. The test was negative.”

Melania Trump: ‘This is not how we will live forever’

A few days before her COVID-19 test was confirmed, Melania Trump addressed the American people in a one-minute video promising them that the strict measures about home quarantines currently in place will not end in due time. “While changes need to be made now, this is not how we will live forever,” Trump said. “Our children will return to school. People will return to work. We will gather at the places of worship, concerts, and sporting events again.”

Various states in America have imposed different levels of quarantine measures. In many places, classes in all levels have been suspended while non-essential businesses have also shut down temporarily. Social distancing has been one of the most reiterated reminders from the government and health experts along with frequent washing of the hands. The US Centers for Disease Control and Prevention (CDC) reports there are 33,404 confirmed cases of COVID-19 and 400 related deaths in the U.S. as of March 23.