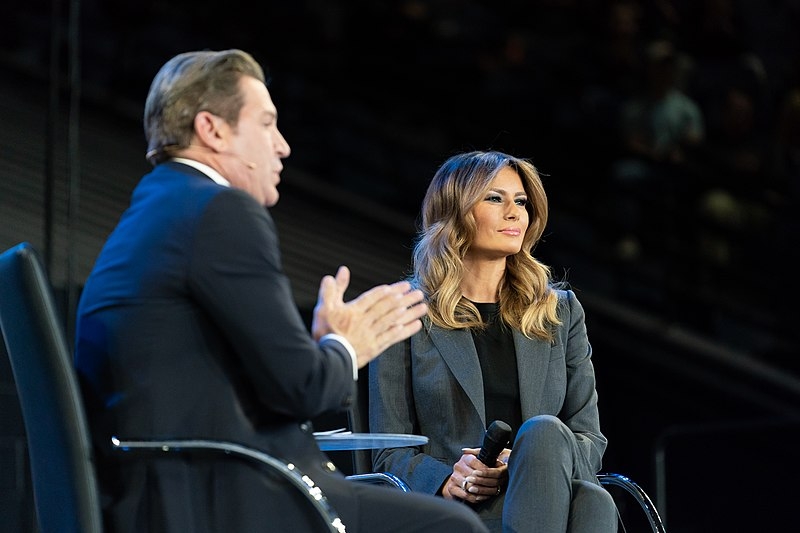 In filing for citizenship, especially in the United States, the person must have a squeaky clean record. However, it was recently revealed that First Lady Melania Trump’s father Viktor Knavs, became a citizen despite having a possible hit to his name.

Politicalflare reports that through the green cards by Melania, Viktor Knavs and the rest of her family were easily able to stay in the United States while the First Lady-to-be was pursuing her modeling career. It was nearly two years ago, in 2018, that Viktor Knavs became a U.S. citizen via the chain migration that Melania’s husband Donald Trump is insisting be eliminated. Knowing the Trumps and their tendency to behave as if they are above the law, it seems that the rule of having a perfect record and a clean past can be overlooked when it comes to Donald’s father-in-law.

Igor Omerza, a biographer to the First Lady, claims that upon research in the database of the archives of the secret police of Slovenia, he found that Viktor has a criminal record. Apparently, Knavs was found guilty to two articles in the Yugoslav Penal Code and according to the details that were disclosed, it was related to the acquisition, sale of production of goods without the explicit permission of the government. According to Slovenian journalist Bojan Pozar, Knavs also allegedly spent time in jail for illicit trade and tax evasion.

According to immigration attorney David Leopold, a tax fraud conviction, should there be one to Knavs, could have prevented him from getting a green card, or warrant that his citizenship would be revoked.

Meanwhile, Melania is currently accompanying her husband to India to meet with prime minister Narendra Modi. In the midst of visiting India to discuss trade relations between the two countries, the First Lady will be attending the happiness classes at the Delhi Government School. She was originally going to be joined by two other Indian politicians, Delhi Chief Minister Arvind Kejriwal and his Deputy Manish Sisodia, but at the last minute were no longer going to join in on the event.

As to why they will no longer be present, they have decided that they do not want to “politicize” the event. The spokesperson from the U.S. Embassy also weighed in on this last-minute drop, saying that even if there was no objection on the part of the Embassy, they respect the politician’s decision not to join the First Lady and the President in the happiness curriculum.