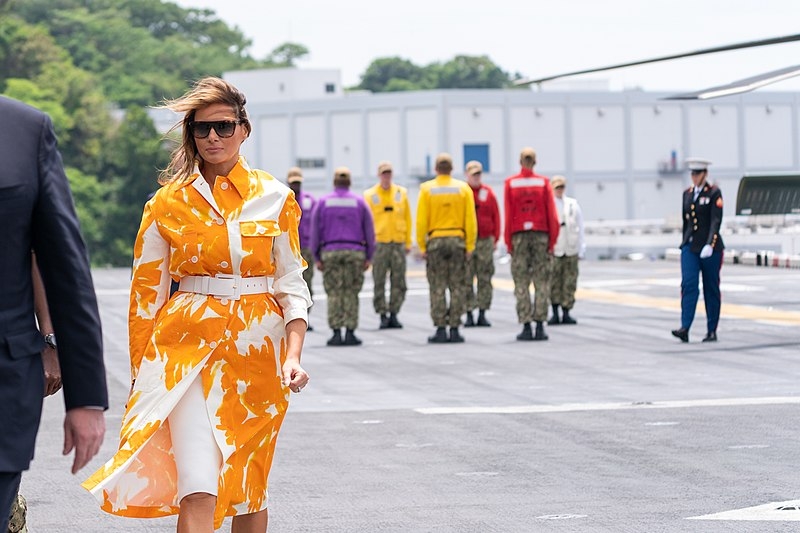 First Lady Melania Trump is the recipient of the 2020 Woman of Distinction Award at Palm Beach Atlantic University in Florida. Despite the criticism coming from both students and alumni, university president Bill Fleming said that Trump deserved the award.

It would not be too far off to say that this was a move made with completely political motives, as Politicalflare reports that the First Lady attended the Women of Distinction luncheon at Palm Beach Atlantic University, not far from the Mar-a-Lago resort estate owned by her husband Donald Trump. Melania was given the “2020 Woman of Distinction” award and upon accepting the accolade, invoked her Be Best initiative which tackles cyber-bullying as well as opioid abuse.

Prior to the actual event, the university announced their decision in choosing Melania, explaining that this would put emphasis on “encouraging the potential of each person aligns with Mrs. Trump’s platform as First Lady.” However, many students and alumni were not pleased with their decision. One senior, Graysen Boehning, expressed that they were not convinced that Melania’s “character or impact here is worthy of that recognition.” Boehning went on to explain that the First Lady’s character does not represent the “community of love for people of all backgrounds and beliefs that PBA houses and fosters.”

Fleming defended the organization’s decision and said that it was “honorable.” After giving the award to Melania, Fleming said that the First Lady is “a role model with brilliance, elegance, and grace.”

Along with the students and alumni, many on social media have also criticized the decision to give Melania the award and mocked the First Lady’s speech, pointing out the incredible irony that it presented. “We live in an age where too many people allow the number of retweets or likes to define their self-worth. I am convinced now more than ever that teaching healthy online behavior is crucial to securing a safer future for our children.”

As footage of Melania’s acceptance speech was shared online, many pointed out the irony in her statements as Donald Trump is known for attacking people online. Scott Dworkin tweeted “Melania Trump doesn’t deserve an award unless it’s for helping to provide cover for the biggest bully in the world.”

Other commenters wondered what Melania’s Be Best initiative actually accomplished, and some pointed out that her initiative is pointless as it seems that she is complicit with her husband’s online behavior.