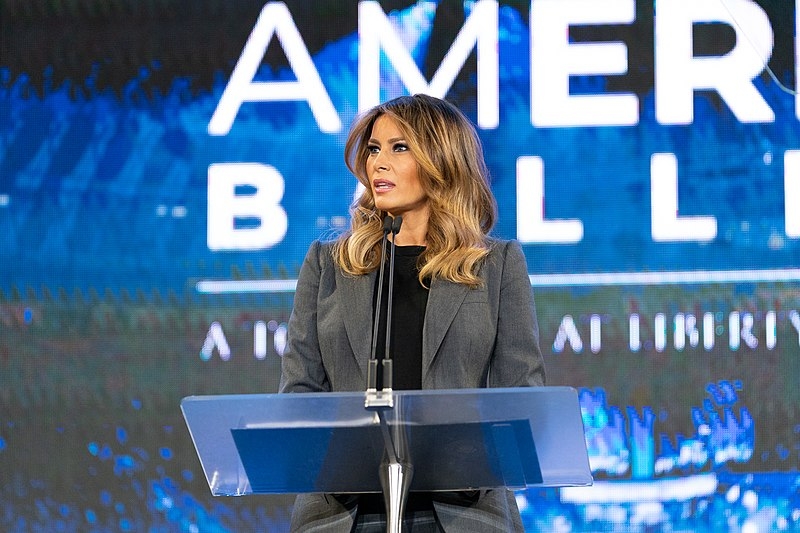 First Lady Melania Trump was announced as the recipient of the Woman of Distinction award at the Palm Beach Atlantic University in Florida. After sharing photos and her thanks to the award-giving body, the internet had some thoughts.

Ever since the announcement leading up to the event itself, opinions were and still are divided on Melania’s acceptance of the Woman of Distinction Award, including the students and alumni. Nevertheless, the First Lady was present to accept the award and during her acceptance speech, she also mentioned her initiative Be Best, which tackles the opioid crisis as well as children’s online behavior and well-being. Following her appearance at the luncheon, Melania took to Twitter to share photos from the event, as well as once again say her thanks to the award-giving body.

“Thank you (Palm Beach University) for the 2020 Woman of Distinction Award. It was wonderful to share the positive impact #BeBest has on communities across the country & inspiring to see a university so dedicated to teaching students & the importance of giving back,” tweeted Melania.

However, Melania’s twitter update was slammed by many users. One commenter mentioned how the First Lady has not done anything significant and suggested that Trump paid a good amount of money to receive the award. Other commenters even brought up photos from Melania’s work as a former model, including the nude photoshoot she once had and sarcastically mocking how she has made a difference. There were also commenters who brought up the irony of her campaign regarding cyberbullying as her own husband Donald Trump is known for attacking his political enemies on social media.

Meanwhile, the First Lady will be accompanying her husband on the upcoming trip to India by the end of the month. Joining them are both White House advisers Jared Kushner and Ivanka Trump as they meet with Indian prime minister Narendra Modi. While the President and Modi will discuss trade relations between the two countries, Melania will be attending the happiness curriculum class at the Delhi Government School located at the capital New Delhi. There, she will be joined by Chief Minister of Delhi Arwind Kejriwal and Manish Sisodia Deputy Chief Minister and Education Minister.