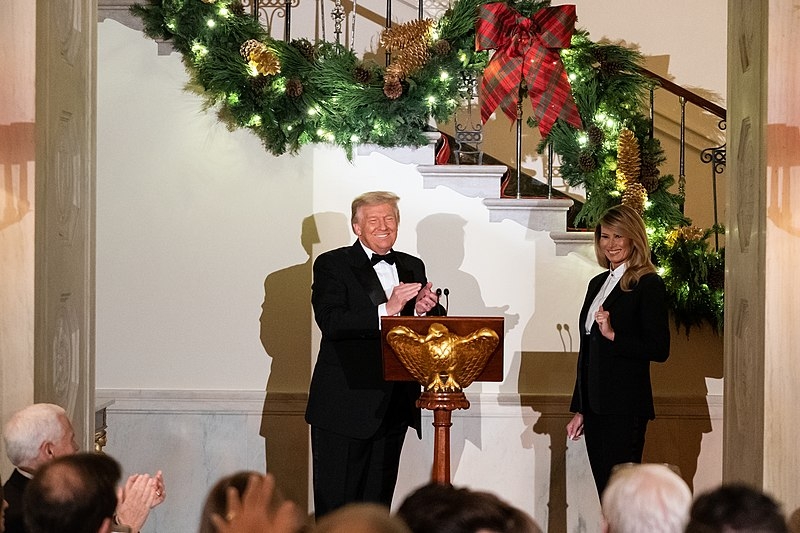 It has been long speculated that former first lady Melania Trump and her husband, former President Donald Trump, do not have much of a marriage compared to their predecessors and even Joe Biden and Dr. Jill Biden. A CNN panel reacted to the recent revelation that Mrs. Trump was asleep during the 2020 election night.

CNN’s John Berman and Brianna Keilar spoke with conservative contributor S.E. Cupp about the recent revelation regarding the Trumps’ marriage. The upcoming book by Mrs. Trump’s last chief of staff Stephanie Grisham revealed that the first lady had gone to bed during her husband’s election night in 2020. According to the book, Mrs. Trump even had to be woken up for her husband’s concession speech, or non-concession speech, according to Keilar.

“I don’t know,” said Cupp. “I imagine I would have wanted to sleep through a lot of that administration and my marriage to Donald Trump. I’m sure she, you know, had a headache a lot of nights,”

“I’m not all that surprised, honestly,” added Cupp. “She was not very engaged and I don’t know how to read that. I’m not going to put her on the couch.”

Cupp went on to speculate whether Mrs. Trump knew her husband was going to lose or if she was confident that he was going to win. Cupp added that she could relate to the now-former first lady not wanting to stand in the same room as her husband at the time of the elections. “I would have wanted to go to my room too, and said ‘call me when it’s over, wake me when it’s over.’”

Mrs. Trump has largely stayed away from the public eye since leaving Washington back in January, with reports surfacing that she has no interest in returning to the political scene contrary to her husband. However, should the twice-impeached former president make another bid for the presidency in 2024, people familiar with the matter have revealed that Mrs. Trump would still support him.

While it is believed that Trump is operating out of self-interest, Mrs. Trump could influence his decision on whether he is looking to run for president again.