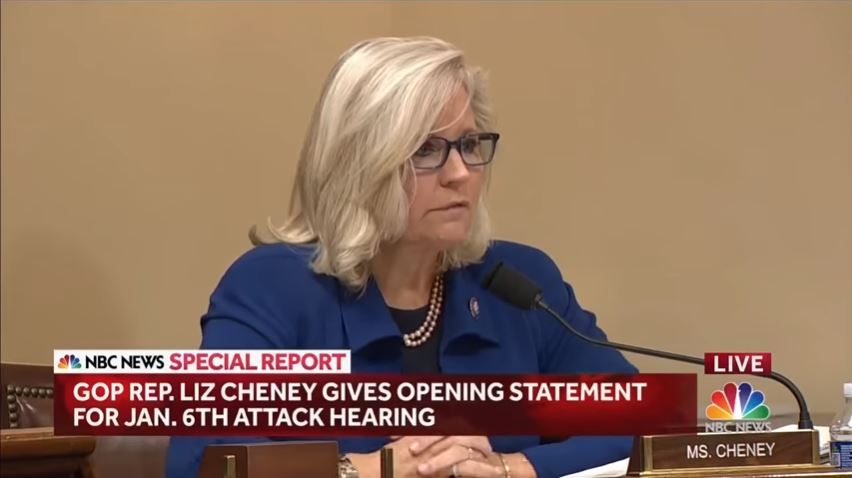 This week marked the first hearing of many by the House Select Committee in its investigation of the Capitol insurrection last January 6. Prior to the hearing, Wyoming Republican Rep. Liz Cheney blasted the members of her party for obstructing efforts to investigate the incident.

Cheney, who is one of the two Republicans on the panel, started the first hearing with remarks criticizing the GOP, especially Senate Republicans, for blocking the bipartisan commission to investigate the insurrection. Cheney added that while she may disagree with almost every one of her fellow representatives who are on the panel in terms of politics, they took an oath to uphold the US Constitution. Cheney also cited the remarks made by her fellow Republicans shortly after the riots, condemning the insurrection, citing one GOP lawmaker who called for those responsible to be punished to the fullest extent of the law.

The Wyoming lawmaker also urged her fellow committee members to issue and enforce subpoenas to reveal those who are responsible. Cheney is one of the two Republicans who voted in favor of the select committee, along with Rep. Adam Kinzinger, who is also serving on the committee.

“We must overcome the many efforts we are already seeing to cover up and obscure the facts,” said Cheney, referencing the attempts made by Republicans, especially those loyal to former President Donald Trump, to whitewash or downplay the severity of the insurrection.

“No member of Congress should now attempt to defend the indefensible. Obstruct this investigation or whitewash what happened that day. We must act with honor and duty and in the interest of our nation.”

The first hearing of the committee was on the testimonies of law enforcement officials who were assaulted by the rioters during the insurrection. Following the hearing, Cheney criticized her Republican colleagues in the House for their behavior surrounding the probe. Cheney cited the protests by several House Republicans in front of the Justice Department and referring to the rioters that have been arrested and detained as “prisoners.”

CNN anchor Jake Tapper also cited that the House GOP leadership in Kevin McCarthy, Steve Scalise, and Elise Stefanik not telling the press that an insurrection must not happen again. Cheney said that the situation may be worse than what is seen.

“I think that we’re in a situation where the people that you mentioned seem to view this as some sort of a partisan political game. And as every American who watched saw this morning, this is really deadly serious. This is a situation where the institution’s held but it was a close-run thing. And as the chairman said, we didn’t have a peaceful transfer of power. We had an insurrection, we had an assault on the Capitol,” said Cheney.