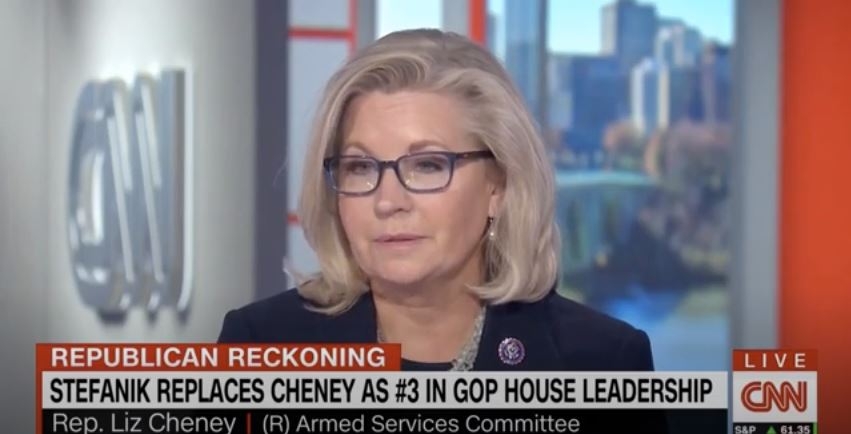 Wyoming Republican Liz Cheney is emerging as one of the most vocal critics of former President Donald Trump, a stance that cost her her House leadership position to Elise Stefanik. As more talk of investigating the events that led to the January 6 insurrection at the Capitol, Cheney suggests that House Minority Leader Kevin McCarthy should be among those who would testify.

Speaking with Chris Wallace on Fox News, Cheney hinted that she thinks McCarthy should testify on what he knows regarding the events of January 6 after Wallace pressed her on whether McCarthy should testify before a bipartisan commission. On that day, a pro-Trump mob stormed the Capitol, resulting in five people dead, including a Capitol Police officer. Cheney noted the importance of McCarthy’s knowledge of what occurred behind the scenes during the insurrection to any investigation being done into the Capitol riots.

“I think it’s very important,” said the Wyoming Congresswoman. “He clearly has facts about that day that an investigation into what happened, into the president’s actions ought to get to the bottom of. And I think that he has important information that needs to be part of any investigation, whether it’s the FBI, the Department of Justice, or this commission that I hope would be set up.”

Cheney was among the 10 House Republicans to impeach Trump for inciting the insurrection that occurred hours after his “Stop the Steal” rally in Washington. Even after her vote to impeach and even after facing backlash from Trump, Cheney doubled down on her criticism of the president and those who have spread the false claim that the election was stolen from Trump.

In another interview, however, Cheney admits that she now regrets having voted for Trump in the recent elections. Speaking to Jon Karl on ABC’s “This Week,” Cheney also admitted that she could not have voted for Joe Biden at the time. When Karl pressed the Wyoming Republican on whether she would remain in the GOP should Trump become the 2024 nominee, Cheney said she would see to it that Trump does not become the party’s nomination at that time.

Cheney also said that she is focused on her reelection campaign in 2022 when she was pressed on what it would take for her to launch her own presidential bid. However, Cheney said that her father, former vice president Dick Cheney, would like to see her make a presidential bid. “He’s not objective,” joked Cheney.