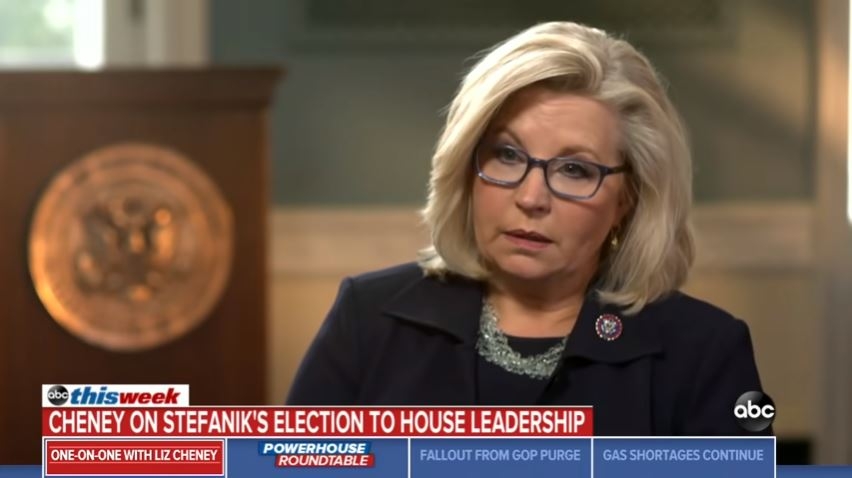 Wyoming Republican Liz Cheney previously suggested that House GOP Leader Kevin McCarthy should testify before the independent commission into the January 6 insurrection. According to a former Republican Congressman, it would mean that Cheney knows damning information about McCarthy regarding the riots.

Speaking on MSNBC, former GOP Rep. David Jolly said that the reason for the opposition of a Jan. 6 commission by McCarthy and Republicans as it may reveal their involvement leading up to the insurrection. Jolly went on to explain what might be why Cheney made the suggestion that McCarthy should testify, as one of the few people who were in contact with former President Donald Trump at the time. Jolly said that Cheney would have knowledge linking McCarthy to the Capitol riots that would derail his hopes to become House Speaker.

“When Liz Cheney says he should testify, it’s not just because she wants to get to the truth. She’s said that McCarthy won’t be Speaker. Which tells me that Liz Cheney knows that Kevin McCarthy knows something that is so damning it would undo his ascension to the speakership should he go under oath before a Jan. 6th Commission,” said Jolly.

Many Republicans that are still loyal to Trump have been trying to dismiss the Capitol insurrection which saw five people dead, including a Capitol Police officer. At the time, McCarthy said that the former president had some responsibility in inciting the riots, which happened hours after his rally in DC. However, as of late, the House Republican leader walked back on his comments and supported Cheney’s ousting from her leadership position.

Previously, Cheney accused her replacement, Elise Stefanik of being complicit in pushing the “Big Lie” that the 2020 elections were “stolen” from Trump. Speaking on Fox News Sunday, Cheney said that the Republican party cannot be able to take back majorities in both the House, the Senate, and even the White House should Trump’s “Big Lie” continue to be pushed.