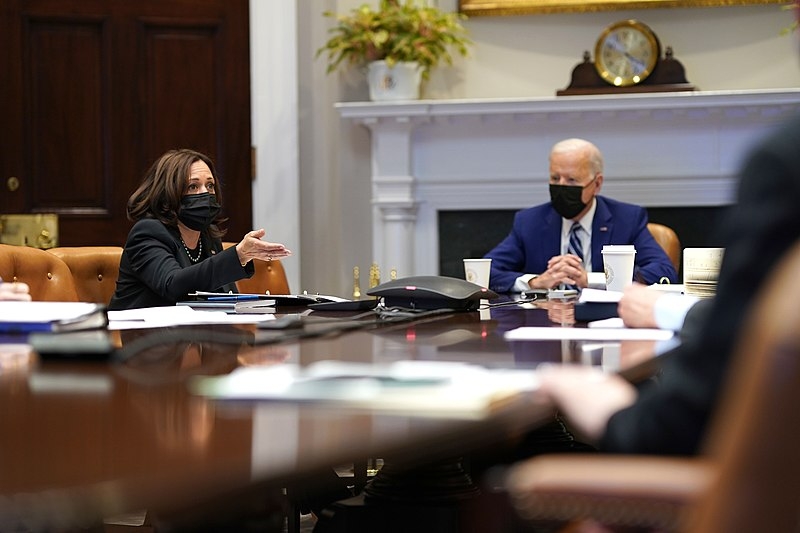 The COP26 climate change conference is underway as world leaders look to address the growing threat of climate change and the warming planet. US Vice President Kamala Harris is already promoting a new set of steps for the country to take to fight the ongoing issue.

Harris traveled to New York Monday, and White House officials told NBC News that the vice president is set to visit Queens in order to promote measures that can be done to reduce carbon emissions. The vice president joins Energy Secretary Jennifer Granholm at John F. Kennedy International Airport to announce $127 million in federal funding to be allocated for medium and heavy-duty trucks that produce zero carbon dioxide emissions.

They are also set to announce a collaboration between HVAC manufacturers, and the Energy Department is ramping up the building of electric heat pumps that can operate in colder weather. To note, homes and businesses make up one of the biggest sources of greenhouse gas emissions. Shifting from gas-powered systems to heat pumps that run on renewable energy is believed to be an important step to meeting the country’s long-term climate goals.

The vice president’s visit also comes as the Biden administration is working to show the international community that the US can make good on its pledge to cut its carbon dioxide emissions by half by 2050. This is even if the Build Back Better Act with its climate provisions has yet to pass the Senate. Granholm will be traveling to Glasgow for the conference after her visit to New York as one of the Cabinet members that are part of the US delegation.

It remains to be seen whether Harris may run for the presidency in 2024 despite being highly speculated to do so if in case President Joe Biden does not run for reelection. However, former staff members and fundraisers have recently expressed worries in case Harris does make a presidential bid and who may decide to challenge her to become the Democratic nominee. They have raised concerns as to what would happen if Harris’s possible bid is challenged by Transportation Secretary Pete Buttigieg.

This is because donors who support the former South Bend Indiana mayor have already reportedly started strategizing how to present him in 2024 should Biden decide not to run for a second term.