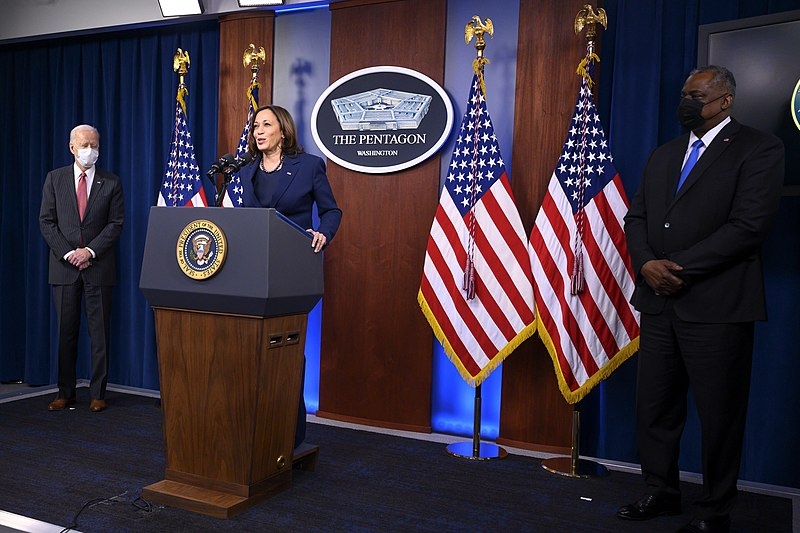 The Biden-Harris administration has already been facing criticism for their handling of the influx of migrants at the southern border. As migrants at the border seek to travel to the US, a local official in Guatemala is now calling on Vice President Kamala Harris to visit the border.

Despite the administration’s advice to possible migrants not to travel to the border at this time, many are still seeking to cross. With Harris as the “Immigration Czar,” she has yet to visit the southern border.

Speaking with CBS News’ Manuel Bojorquez, Guatemalan regional Mayor Winter Coc Ba said that his fellow residents have received the radio messages being put out by the Biden administration, advising against traveling to the southern border in the hopes of crossing over to the US despite living with dire circumstances. Coc Ba said that the messages have worked so far. When asked what they want to say to Harris, Coc Ba said he wants her to personally visit the region.

Coc Ba added that he hopes the Biden administration could offer temporary work visas to Guatemalans in need. For now, Coc Ba shared that he has been telling people not to make the journey to the border due to the dangers that are present, including smuggling operations to get children and other people across the border.

As of now, the US has 19,000 unaccompanied migrant children in custody, but the administration has said it is moving hundreds of migrants to other facilities to avoid overcrowding at facilities.

Part of Harris’s task as the Immigration Czar was to coordinate with Central American governments in solving the migration challenge. The White House released a readout of Harris’s recent phone conversation with Mexican President Andres Manuel Lopez Obrador. In their phone conversation, they reaffirmed the importance of a bilateral relationship between the two countries.

Harris thanked Obrador for his cooperation in the issue of migration and both agreed to work together to address the root cause of migration especially from the Northern Triangle countries - Honduras, El Salvador, and Guatemala.

Harris and Obrador also discussed the human smuggling crisis and agreed to strengthen the relationship between the US and Mexico in targeting this concern.