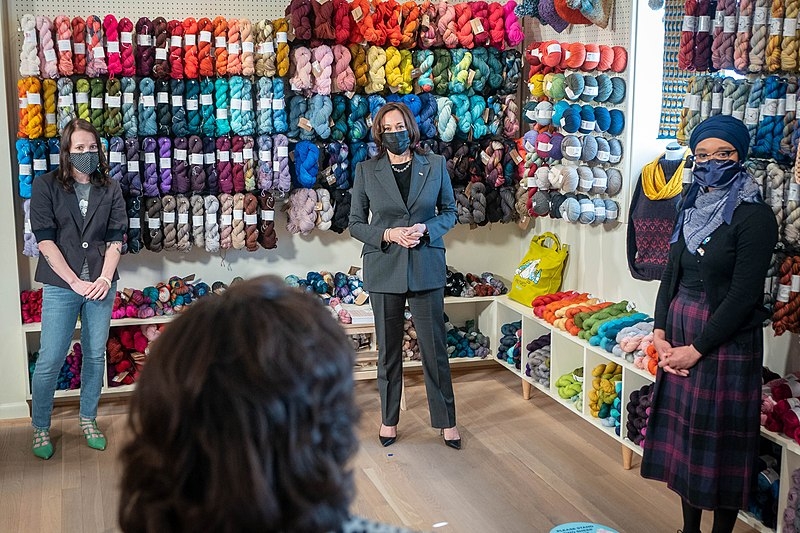 Last week, another incident occurred at the Capitol that left one officer injured and one dead. Vice President Kamala Harris issued a statement on her thoughts on the latest attack made at the establishment.

Harris’s office issued a statement condemning the incident while honoring veteran Capitol Police officer William Evans, who was killed during the latest attack. A car crashed into a security barricade at the Capitol complex, the driver proceeding to lunge towards the officers with a knife.

The police opened fire when the suspect did not respond to verbal commands, shooting them dead. The White House flag and the flag at the Capitol have since been lowered to half-staff.

“In an inexplicable act of violence, a brave US Capitol Police officer, William Evans, was killed in the line of duty while another officer fights for his life. Officer Evans made the ultimate sacrifice to protect the Capitol. Our hearts go out to his family and loved ones.”

President Joe Biden also expressed his condolences to Evans’ family following his death. “Jill and I were heartbroken to learn of the violent attack at a security checkpoint on the US Capitol grounds, which killed Officer William Evans of the US Capitol Police, and left a fellow officer fighting for his life,” said Biden.

The incident follows months after the deadly riots at the Capitol last January ahead of Biden and Harris’s inauguration. Five people died, including a Capitol Police officer, Brian Sicknick. Over a hundred other officers were left injured from the insurrection by the pro-Trump mob.

Meanwhile, Harris also expressed her thanks towards US Surgeon General Vivek Murthy for his efforts in the response to the COVID-19 pandemic during a virtual meeting to discuss public education in the midst of the pandemic. Murthy was sworn in as the 21st Surgeon General last month and was previously the Surgeon General under the Obama administration.

The US remains the country with the highest number of COVID-19 infections at over 30 million, with over 500,000 Americans dead from the virus. During Murthy’s confirmation hearing last February, he shared that he himself has lost family members to COVID-19.