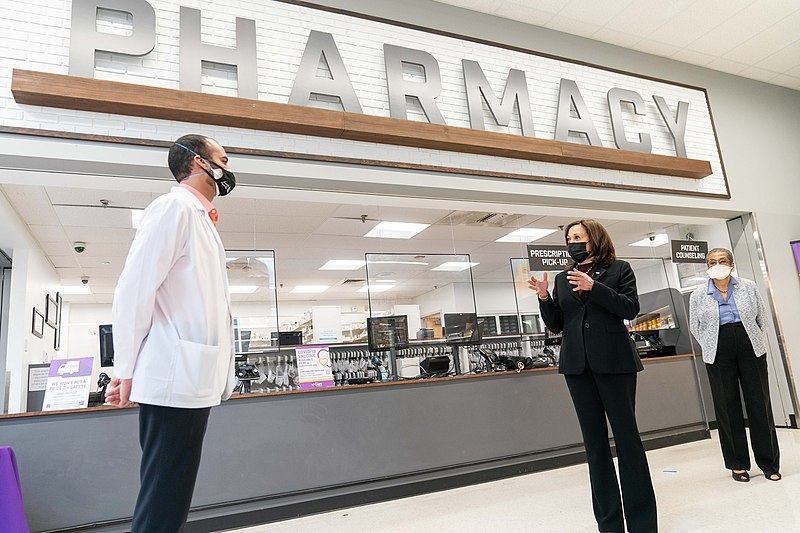 With Vice President Kamala Harris making history as the first woman, first Black, and first Asian-American to get elected, she recently received something with historical significance as well. Harris received her own Resolute Desk built by the Navy from parts of historical warships.

The Navy Seabees have built Harris her very own Resolute Desk, similar to the desk being used by Joe Biden in the Oval Office in her own office in the West Wing. The desk was built with wood, copper, and nails from the USS Constitution, one of the country’s first frigates under George Washington back in 1794.

The USS Constitution is also one of the oldest warships that are still afloat to this day, launched in 1797 from Boston, Massachusetts, and is now at Baltimore Harbor. Harris’s pen tray at the desk was made from the USS Arizona, the ship sunk by the Japanese torpedo bombers at Pearl Harbor in 1941.

The desk project was first approved by Donald Trump, and construction first began on January 4. The Military Times reported that this was the idea of Kenneth Braithwaite, who was Trump’s Navy Secretary at the time.

The Navy Secretary also has their own Resolute Desk built for them. The desks would be available for future Navy Secretaries and Vice Presidents. As of now, there are no plans to build more historic desks.

“It’s a huge opportunity to be a part of,” said Builder 1st Class Hilary Lemelin, who is assigned to the USS Constitution. “It’s amazing to create a desk for someone who makes such large decisions for the country and Navy knowing they’ll sit there every day is huge. The importance of their job can affect everything we do. It’s a piece of history now.”

In other news, Harris visited a bakery at the South Side of Chicago during her visit to focus on vaccine equity. The vice president spoke to the employees of Brown Sugar Bakery outdoors, and according to founder Stephanie Hart, Harris wanted to support a small business, and the bakery was on her friends’ list of suggestions.

The vice president was joined by Illinois Lt. Governor Juliana Stratton and Cook County State Attorney Kim Foxx in her visit to the bakery.