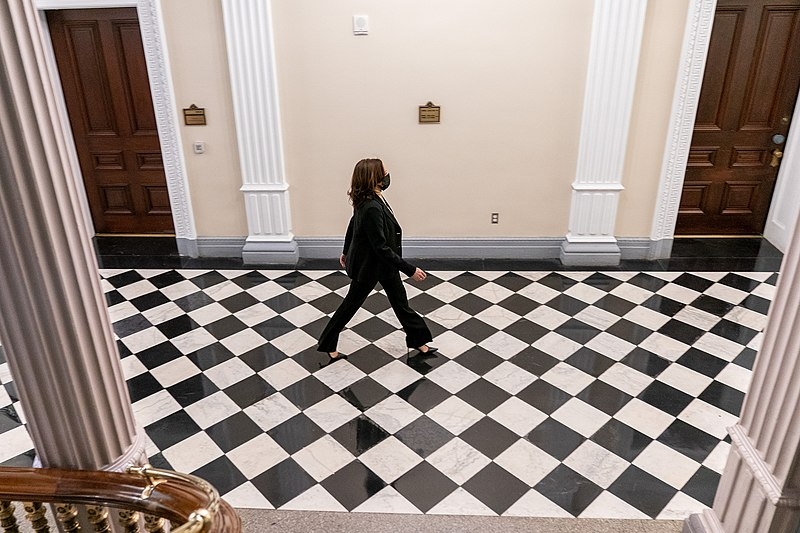 Vice President Kamala Harris is already on the road to promote the Biden administration’s upcoming American Jobs Plan. Harris returned to her hometown of Oakland this week to promote the upcoming bill.

Harris returned to her hometown Monday to promote the upcoming American Jobs Plan, touring a water treatment facility with the state’s governor Gavin Newsom. This would be the first time Harris would be visiting her hometown since taking office last January.

The upcoming American Jobs Plan would be investing $111 billion into the water infrastructure of the country, giving all Americans access to clean drinking water and jobs. Harris arrived at Oakland from Los Angeles, where she spent the Easter holiday with second gentleman Doug Emhoff. Harris was received by Senator Alex Padilla, Rep. Barbara Lee, and Lt. Governor Eleni Kounalakis.

At the facility, Harris, and Newsom met with water plant workers that took part in the apprenticeship program. Harris shared that such programs would become a model for the country under the Jobs Plan. The vice president added that the plan would also create jobs and focus on equity, noting that the administration is proposing to upgrade 100 percent of the country’s lead water pipes.

Following the tour of the water facility, Harris met and spoke with small business owners at Red Door Catering company, which received government funding to stay open last September. Harris pledged to provide more support for small businesses in underserved communities. After her visit to California, Harris is set to visit Chicago Tuesday to focus on vaccine equity.

Over the weekend, Harris condemned the incident that occurred at the Capitol last week where the suspect rammed their vehicle into a security barrier at the complex, resulting in the death of veteran Capitol Police Officer William Evans. Evans’ colleague was injured. The flag at the White House and at the Capitol have been lowered to half-staff in honor of Evans’ death.

“In an inexplicable act of violence, a brave US Capitol Police Officer, William Evans, was killed in the line of duty while another officer fights for his life. Officer Evans made the ultimate sacrifice to protect the Capitol. Our hearts go out to his family and loved ones,” said Harris in a statement.