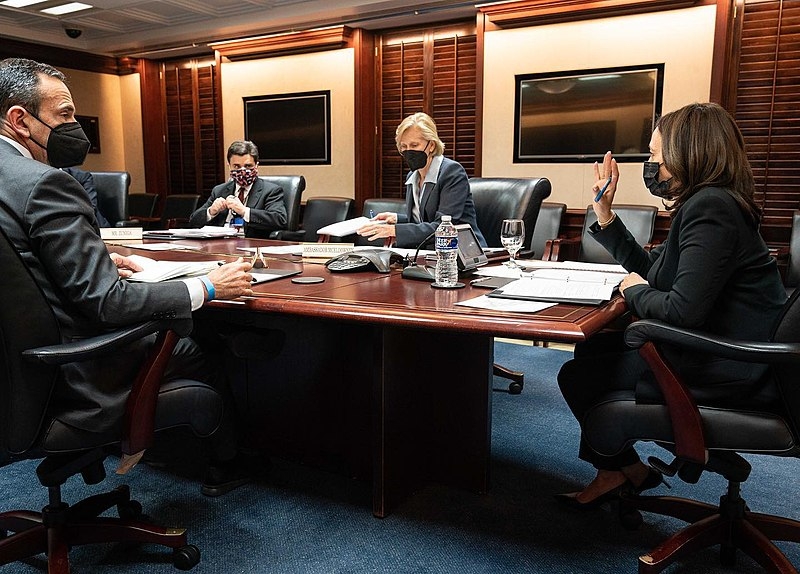 The Biden administration is currently dealing with a surge in migrants at the southern border seeking to cross to the United States. With Vice President Kamala Harris now tasked to address the causes of the surge, Texas Governor Greg Abbott urged Harris to personally visit the border to assess the crisis at hand.

In the letter, Abbott also urged the administration to screen every unaccompanied minor looking to cross the border to determine if they have been harmed or subject to human trafficking on the way to the border. Early this month, Abbott also announced an initiative to send law enforcement officials and resources to high-threat areas along the border including anti-human trafficking efforts.

“Now that President Biden has named you the Border Czar in charge of the administration’s response, I want to express to you the threats and challenges caused by this administration’s open border policies,” wrote Abbott in the letter. “I urge you to visit the border to see the crisis for yourself, and I implore the Biden administration to take swift action to secure the border, crackdown on human trafficking, and prevent more children from being trafficked and abused.”

As part of her duties as “Border Czar,” Harris will also lead the US efforts to stem the flow of migration with Mexico, Guatemala, El Salvador, and Honduras. Harris recently spoke on the phone with Guatemalan President Alejandro Giammattei to discuss, the pair agreeing to address the root cause of migration to the United States. Harris also thanked Giammattei for his administration’s efforts to secure the Guatemalan border, according to the statement from the White House.

The Guatemalan government also released a statement regarding Giammattei’s call with Harris, saying that he underlined his interest in Guatemalan nationals in the United States being granted Temporary Protected Visa status. The statement also shared that Harris accepted the invitation to visit Guatemala in the future.