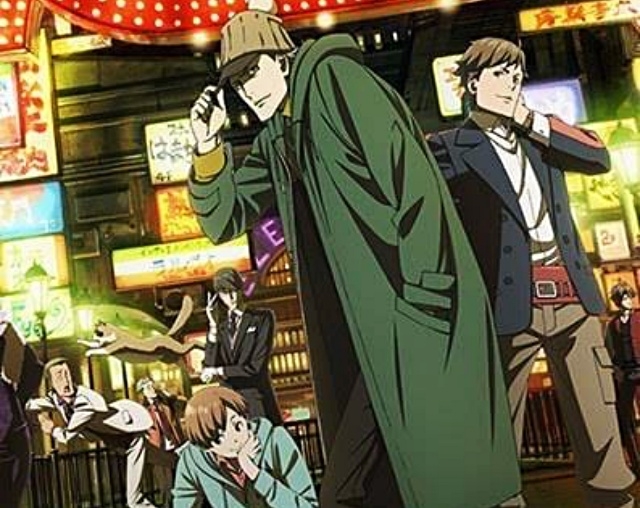 “Kabukichou Sherlock” is an original anime that premiered in October 2019. It was produced by Production I.G and used the classic Eglish series of Sherlock Holmes as its inspiration. It featured some of the main characters in Arthur Conan Doyle's detective series and interpreted the crime-solving stories in the modern anime way with settings in urban Japan.

“Kabukichou Sherlock” is set in the Kabukicho district in Tokyo’s Shinjuku Ward. As noted in Tokyo Manga, this place, Kabukicho, is a popular entertainment and red-light district where visitors will find the streets lined with motels, nightclubs, restaurants, shops and hostess clubs. However, the show already aired its final episode on March 27.

“Kabukichou Sherlock” episode 24 has been designated as the last story and it mainly explained the mysteries surrounding Moriarty. It was shown who he really is and what pushed him to become a teen psychotic serial killer in the end.

As posted on Wiki, the final episode was titled “See You in Kabukicho!” and it showed Sherlock and Watson solving the puzzles set up by Moriarty. The truth about the deaths was revealed and it was proven that Sherlock did not kill the remaining escapee prisoners but those people committed suicide.

Sherlock further discovered that the number 8020163810 the prisoners usually say before committing suicide is actually a code that when solved spells the letters “_ J A M E.” This led Sherlock to encrypt the message that Moriarty is trying to convey and finally, what he was trying to say was “Look in the eye of the P.E. (pink elephant).”

The pink elephant on top of the building is gazing on a room on a building in front of it. It turned out this has been Moriarty’s hideout. They thought that he is still alive because there was a message in the computer that says Watson and Sherlock are locked in and they have to get out of the room before it explodes. James also appeared on the screen to warn the two so they solved the puzzles to open the doors.

In the end, Moriarty just wants Sherlock to describe who he really is. It was divulged that Moriarty really killed her mother when he was just a boy and he also wants to kill his sister Alex but he learned that his sickly twin is only living for him to remain sane so it was Jack who actually killed her. James Moran became this messed up when Alex died and it turned worst when Sherlock failed to pay more attention to him as he was silently begging for love and attention.

Will there be a season 2?

On Reddit’s discussion board fans are guessing that “Kabukicho Sherlock” will not be getting another season. This is because they observed that the show did not become popular as expected.

“I do agree that it should have been more popular,” one commenter wrote. “People probably came in for a hardcore mystery/crime show but this was never going to be that.”