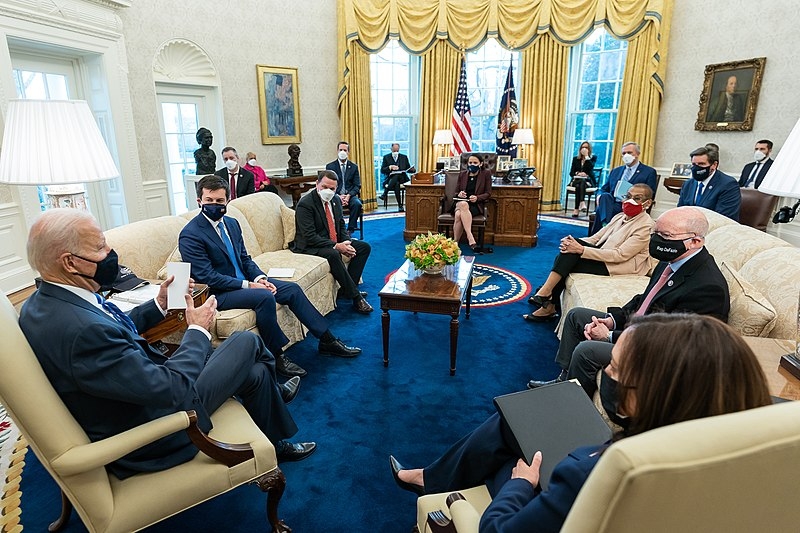 Trade relations between the United States and the United Kingdom had hit a snag when the UK imposed tariffs on US tech firms. In response to the duties, the US has now warned that it may impose tariffs on UK exports.

The Biden administration released a list of UK goods that could possibly have tariffs imposed. Those goods include ceramics, makeup, game consoles, and furniture, with the duties designed to raise up to $325 million, which is the amount the US believes the UK receives from its tech companies. The tariffs were first introduced by then-President Donald Trump, and the Biden administration plans to move ahead with the imposing of tariffs, arguing that the recent digital services tax that was imposed on their tech companies has “unreasonable, burdensome, and discriminatory attributes.”

US Section 301 action was also designed to place domestic political pressure in the UK and other countries over the implementation of these taxes. UK government officials have stressed that the tariff list was more of a procedural move rather than an escalation. The comments come as the UK and the US had discussions back on December 4 regarding the digital services tax.

As ceramics are included in the tariff list by the US, it would also include certain tiles, bathroom-wares like sinks and bidets, and ceramics that are used for laboratory purposes. Over $23 million worth of ceramics were exported to the US in 2020, and before the pandemic, over $33 million. The British Ceramic Confederation has said it is monitoring the developments and working with UK officials.

In other related news, Biden is hoping for the passage of his upcoming infrastructure plan by the summer. The plan is said to cost over $3 trillion, according to officials, which would be $1.1 trillion more than his previous legislative achievement that was his COVID-19 relief plan. Officials have also said the White House hopes to take a more collaborative approach with Congress compared to the American Rescue Plan.

Biden is set to unveil details of his upcoming “Build Back Better” plan when he visits Pittsburgh on Wednesday. The ambitious piece of legislation aims to make generational investments in infrastructure, domestic manufacturing, fighting climate change, and maintain the US’ competition with China.