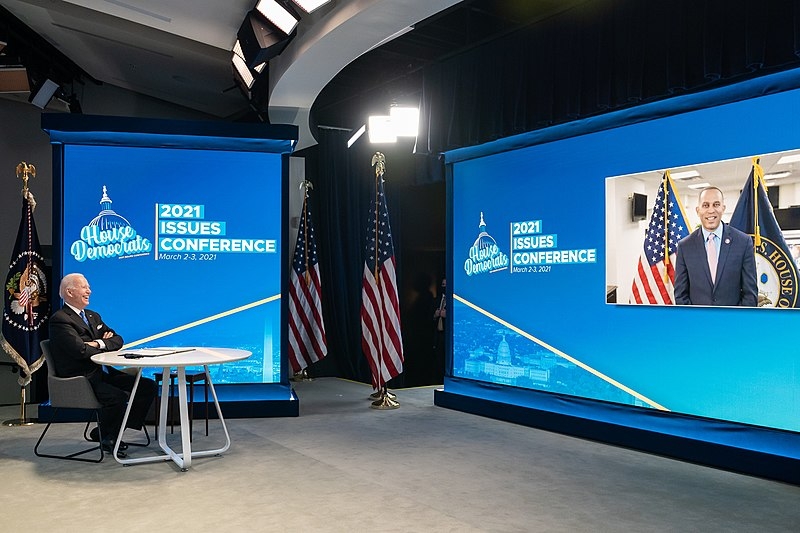 After the success of his $1.9 trillion COVID-19 relief plan several weeks ago, President Joe Biden is now focusing on his next big legislative move. As part of his economic recovery plan, Biden is set to focus on infrastructure this week.

White House Press Secretary Jen Psaki confirmed that the sweeping package would be split into two legislative pieces, which is part of Biden’s effort to gain Republican support. The COVID relief bill was passed on party lines without any GOP support.

However, Psaki added that the Biden administration would be working with both the House and Senate to see how the plan could move forward. Biden is set to reveal more details in his remarks in his upcoming visit to Pittsburgh about the proposal for federal investments towards physical infrastructure. This has garnered Republican support despite being cautious about the price tag after the $1.9 trillion COVID relief package was signed into law.

Democrats, however, are pushing for a broader package that would include aspects of immigration, green energy, and other issues. Many Democrats have expressed being ready to bypass Republican support if necessary. Speaking on Fox News Sunday, Psaki said that the Biden administration has yet to work on a legislative strategy.

Meanwhile, Biden blasted the recent sweeping bill that was passed in Georgia that would restrict voting rights, disproportionately affecting Black and Brown Americans. The bill was signed into law by the state’s Republican Governor Brian Kemp last week. Biden told the press that the Justice Department is also looking into the bill and zeroed in on the detail of the law banning food and water from being given to voters who are in line.

“It has nothing to do with fairness, nothing to do with decency. They passed the law saying you can’t provide water for people standing in line while they’re waiting to vote? You don’t need anything else to know that this is nothing but punitive, designed to keep people from voting. You can’t provide water for people about to vote? Give me a break,” said Biden.