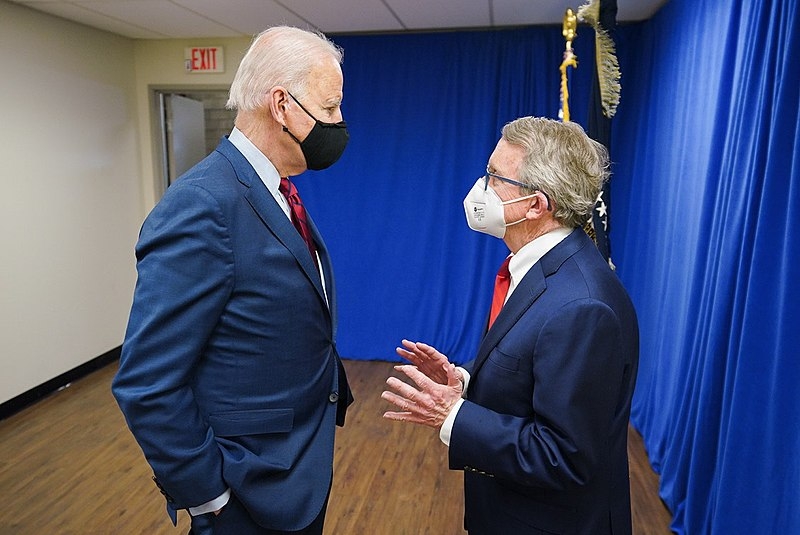 With the successful passage of the $1.9 trillion COVID-19 relief bill and its signing into law, Joe Biden is touring the country to promote its benefits. Biden’s next stop is in Ohio where he promoted the Plan’s benefits as part of celebrating the 11th anniversary of the Affordable Care Act.

Biden visited Ohio as part of the administration’s “Help is Here” tour, stopping at Ohio State University’s James Cancer hospital to promote the plan while also commemorating the 11th anniversary of when the Affordable Care Act was signed into law. At the hospital, Biden touted the $100 million grant the hospital received from the ACA to upgrade its radiation and oncology department. The ACA has faced attempts to being recalled by Republicans but failed and Biden seeks to expand the ACA under his presidency.

“We have a duty not just to protect it, but to make it better and keep becoming a nation where healthcare is a right for all, not a privilege for a few,” said Biden in his remarks Tuesday. “Millions of families will be able to sleep a little more soundly at night because they don’t have to worry about losing everything if they get sick.”

As part of expanding on the Affordable Care Act, the Biden administration announced an extension of the special enrollment period for subsidized health insurance until August 15 from its original deadline of May 15. The extension will allow Americans who lost health insurance during the pandemic more time to enroll and allow more Americans to take advantage of the subsidies to lower insurance premiums under the American Rescue Plan.

In other related news, Biden is set to attend the upcoming EU virtual summit this week. Biden’s attendance signals a moment to restore the trans-Atlantic alliance between the US and European countries. EU council president and former Belgian Prime Minister Charles Michel said he invited Biden to attend the virtual conference on Thursday to weigh in on future cooperation between the countries. One of the issues that the summit would be discussing involves the COVID-19 vaccine bans as well as the supply and distribution.