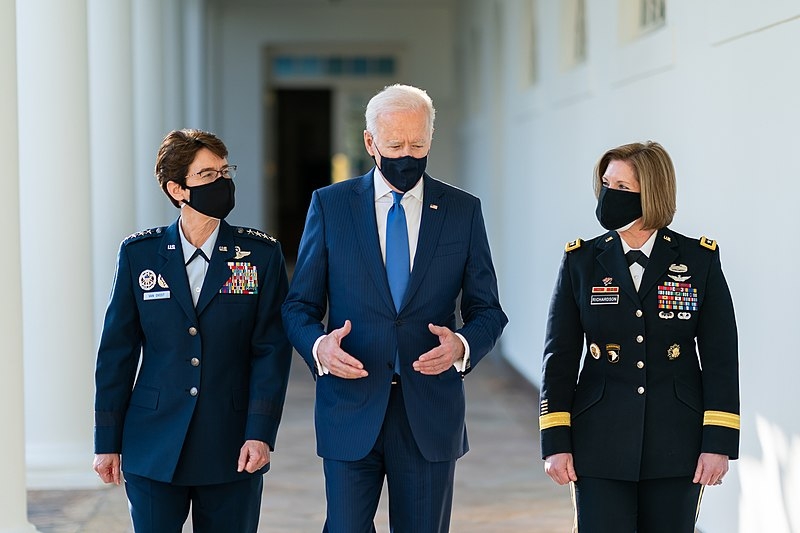 The White House released Biden’s announcement of nominating 11 administration officials for national security and law enforcement positions under several key agencies, including the White House. The positions would require confirmation by the Senate, which is still in the process of confirming several other nominations made by Biden prior.

The positions that Biden has nominated the officials for include Director of National Counterterrorism Center under the DNI, National Cyber Director in the Executive Office of the President, Army Secretary, DOJ Drug Enforcement Administrator, USAID Assistant Administrator for Latin America and the Caribbean, DOJ Criminal Division Assistant Attorney General, and DOJ Office of Legal Counsel Assistant Attorney General among many others.

Among the nominees, Christine Wormuth would become the first female Army Secretary if she is confirmed by the Senate.

In other news, Biden recently visited Virginia to promote his next major pieces of legislation that come with a hefty $4 trillion price tag. In remarks at a community college, Biden made the case for his proposed tax increase among the wealthiest households in the country. The increased taxes would help fund the American Families Plan and the American Jobs Plan, both proposals aimed at welfare and infrastructure respectively.

This has been met with staunch opposition from the Republicans, who should be noted to have given a tax break for the wealthy back in 2017. Biden made it clear that he was not against corporations but said that it was time for major conglomerates to “pay their fair share.”

“I think it’s about time we started giving tax breaks and tax benefits to working-class families and middle-class families instead of just the very wealthy,” said Biden. The American Families Plan would have an investment of $1 trillion in a span of over 10 years for education and childcare, with $800 billion in tax credits for the middle and low-income families and Americans without increasing their taxes.