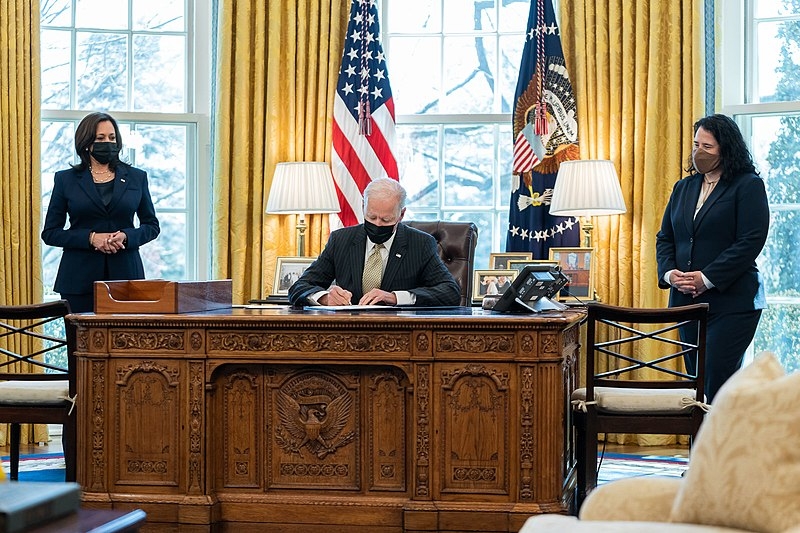 Ahead of his 100 days in office, President Joe Biden is receiving praise from many for his progressive decisions and reversals of Trump-era policies. This week, Biden will issue another executive order that would raise the federal workers’ minimum wage.

Biden will sign an executive order Tuesday that will raise the minimum wage for federal contract workers to $15 an hour by next March. This would significantly increase the salaries of hundreds of thousands of workers that rely on minimum wage. Federal contractors are now required by March 2022 to pay their employees the $15 an hour mandate from the current minimum wage level of $10.95.

Biden also plans to phase out the $7.65 tipped minimum wage for federal contract workers by 2024. The fact sheet released by the White House regarding the order also said that it will be indexing the minimum wage “to an inflation measure” so that the minimum wage levels would be adjusted to the cost of living.

“The executive order ensures that hundreds of thousands of workers no longer have to work full time and still live in poverty,” said the White House. “It will improve the economic security of families and make progress toward reversing decades of income inequality.”

Previously, as part of the effort to revive the US economy, Biden reportedly proposed to increase the capital gains tax on millionaires to 39.6 percent from the current 20 percent. The proposal would have Biden fulfill another campaign promise of making the wealthiest of America pay their fair share of taxes. The money would be used to fund Biden’s American Families Plan which is expected to have a $1 trillion price tag.

It should be noted that the American Families Plan would be separate from the American Jobs Plan, which is a $2.3 trillion proposal funded by increasing the corporate tax to 28 percent.