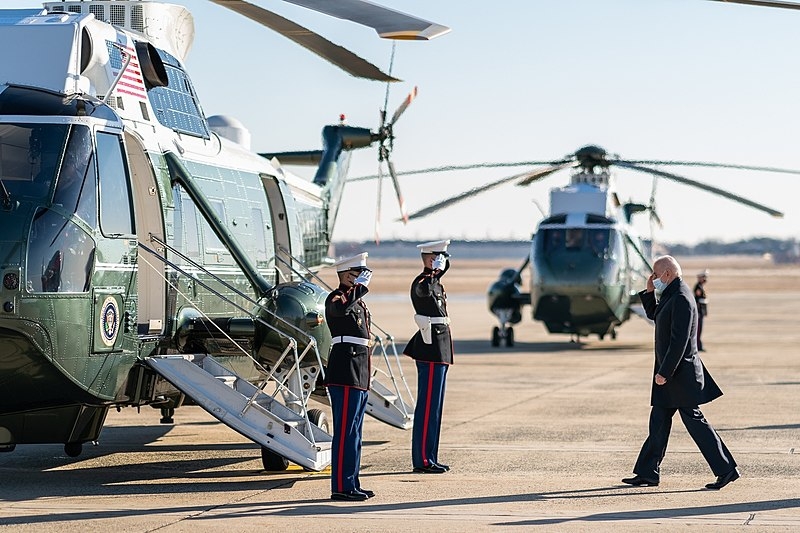 Russian opposition leader Alexei Navalny’s arrest has led to widespread protests across the country against President Vladimir Putin. With the news of Navalny’s deteriorating health condition, Joe Biden has called the detainment of the opposition leader “totally unfair.”

Over the weekend, in his hometown of Wilmington, Delaware, Biden was pressed on his thoughts surrounding Navalny’s current health status in the Russian penal colony. Biden said that that the situation surrounding Navalny’s worsening health condition is inappropriate and unfair. Navalny went on a hunger strike on March 31 to demand proper medical treatment for back pains and numbness in his legs and hands.

Navalny was imprisoned in February, serving two and a half years on old charges of embezzlement. The Kremlin critic’s personal physician Anastasia Vasilyeva and three more doctors have requested prison officials to give them access to Navalny. Among those three doctors, cardiologist Yaroslav Ashikhmin, warned of Navalny’s high potassium levels, saying that the opposition leader should be moved to intensive care for treatment.

Biden’s National Security Adviser Jake Sullivan also warned of the implications should Navalny die. Speaking on CNN Sunday, Sullivan warned that the international community would hold the Russian government responsible for Navalny’s death. Sullivan did not specify what the US plans to do should the situation occur.

“We have communicated to the Russian government that what happens to Mr. Navalny in their custody is their responsibility and they will be held accountable by the international community,” said Sullivan.

Sullivan was then asked why Biden is not demanding that Navalny be released or granting the opposition leader medical attention at every opportunity that he was pressed. This included Biden’s recent phone call with Putin, where he immediately expressed his concerns regarding the SolarWinds hack and the election interference. Sullivan explained that the Biden administration sees a diplomatic approach as the best way to advocate for the opposition leader.

Previously, Biden also announced that they will be imposing sanctions on Russia for the hacking of federal agencies and election interference. Thursday last week, Biden said that the sanctions were a proportionate response and stressed that it is time to “de-escalate” tensions between the two countries.