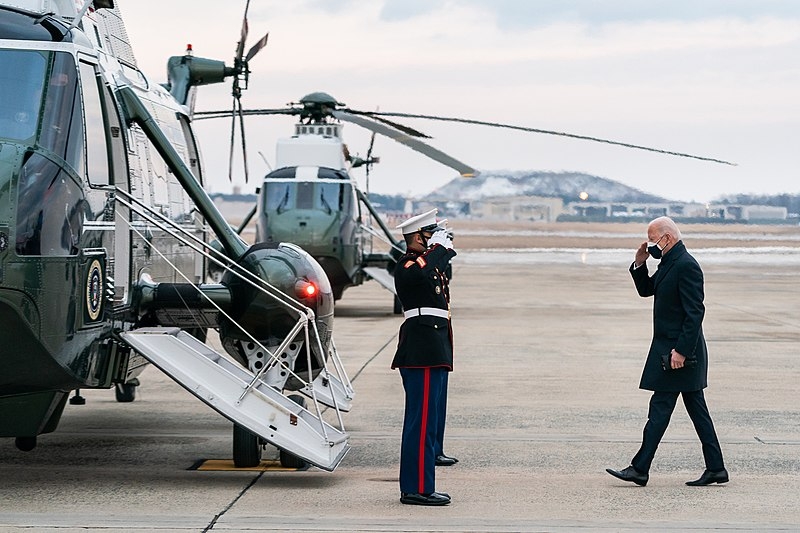 The notorious Guantanamo Bay detention camp was established in the fight against terror in 2002. Following his work on the BAFTA-nominated film “The Mauritanian,” actor Benedict Cumberbatch has urged Joe Biden to shut down the camp for good.

Speaking with The Independent, Cumberbatch was pressed if he hopes Biden would close down the detention camp in Cuba for good. Guantanamo Bay was established in 2002 under the George W. Bush administration as a response to the War on Terror. By the Obama administration, the number of inmates detained in the camp dropped significantly from 245 to 41.

However, Donald Trump signed an executive order in 2018 to keep Guantanamo Bay indefinitely open. The Biden administration announced in February that it would shut down the camp by the end of his term.

“Hoping? I’m going to plead with the guy,” said the actor, who also serves as producer of the film. “It is a huge spend. It’s the most expensive prison on Earth. And what are the results? Where are the prosecutions? That’s just being really brutally economic about it, it just doesn’t work,”

“And then you have the human rights issue. It’s an atrocious own goal, I think for the free world to be incarcerating people through extraordinary rendition, torturing them, and extracting confessions they think are then usable in prosecution...it is a really dangerous, unnecessary, and ineffectual place, I think, and enough people have suffered there.”

Cumberbatch added that he understood the purpose of its establishment, noting that the US was determined to prevent another attack from happening following 9/11, but maintained that the detention camp “has no place” in the world anymore.

The Senate Parliamentarian announced Monday that budget reconciliation could be used again by the Democrats, allowing the party to pass the legislation on a simple vote without the need for a filibuster or without the support from Republicans or without the obstruction from the opposing party as well.