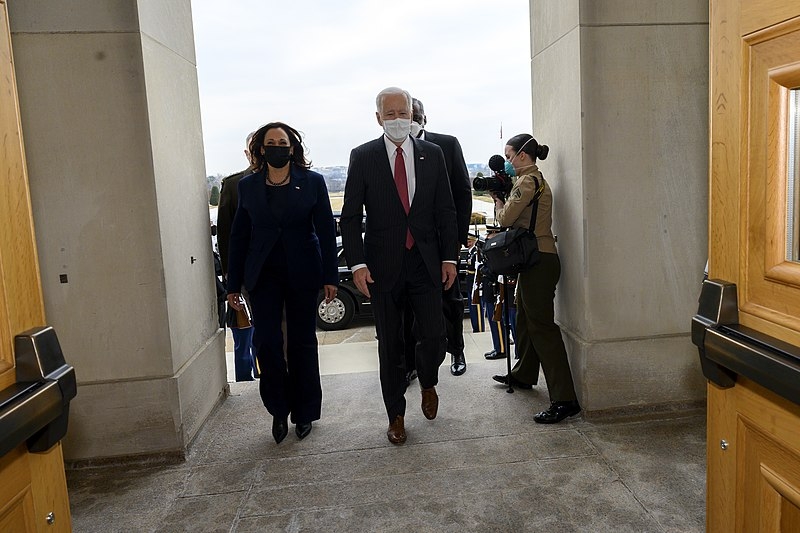 Lisa Ferdinando (via US Secretary of Defense) / Wikimedia Commons

Relations between the United States and Russia have been especially rocky since Joe Biden took office in January. In his latest phone call with Russian President Vladimir Putin, Biden urged the Russian leader to lower the current tension between Russia and Ukraine.

Biden’s second phone call with Putin at the start of his presidency addressed his concerns toward the buildup of the Russian military at Ukraine’s border. Biden also told the Russian leader that the US would respond “in defense of its national interests,” surrounding cyber intrusions from Russia and election interference. The White House added that Biden proposed a summit in another country to address all the issues concerning the US and Russia in the coming months.

Putin and Biden have had a tense relationship in the recent months since Biden became president. The US leader is already deliberating on the action to take against Russia from a number of issues: the SolarWinds hacking campaign, the interference in the 2020 elections, bounties on US soldiers stationed in Afghanistan, and the poisoning and detainment of Russian opposition leader Alexei Navalny.

During the phone call, Biden also made clear that Russia must “de-escalate” its tensions with Ukraine. This comes amidst growing concern among western nations involving an influx of ceasefire violations happening in eastern Ukraine. This was due to Russian-backed separatists and Ukrainian forces locked in conflict since Russia annexed Crimea back in 2014.

Over 14,000 people have died in the conflict between Russia and eastern Ukraine. As well, no progress has been made in terms of negotiating a political settlement between the two countries.

Speaking of Afghanistan, Biden has formally announced that he would be ending the US’s longest war by withdrawing US troops from Afghanistan ahead of September 11. Biden cited that the conflict in Afghanistan is no longer in line with American interests. The US leader also addressed that no amount of time or money could not fix the conflicts that his three predecessors tried to solve.

“War in Afghanistan was never meant to be a multigenerational undertaking,” said Biden from the White House Treaty Room. “We were attacked. We went to war with clear goals. We achieved those objectives...Bin Laden is dead and Al Qaeda is degraded in Afghanistan and it’s time to end the forever war.”