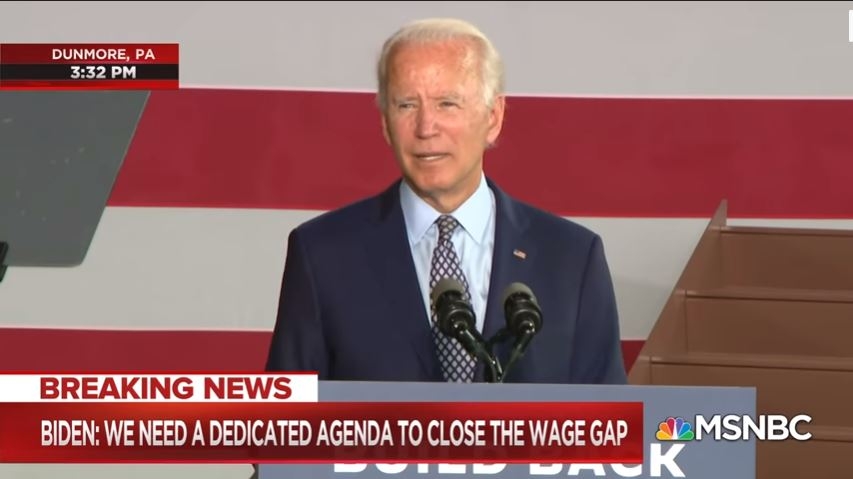 President Donald Trump has often boasted that his administration is responsible for the so-called economic boom, a claim that may have played a part in his election in 2016. Now, as the coronavirus pandemic continues to wreak havoc on the country’s economy since cases surged to thousands, former vice president Joe Biden has revealed his own strategy in reviving the US economy.

The Guardian reports the presumptive Democratic nominee addressed his economic strategy at a metalworks in Scranton, Pennsylvania. Biden unveiled his agenda with the slogan “Build Back Better,” and prior to his address, his campaign revealed a $300 billion proposal for research and development of technology including electric cars, 5G networks, as well as artificial intelligence. Following the proposal for tech, the Biden campaign also revealed a $400 billion proposal for the federal procurement of locally-made products. The former vice president’s economic plan also draws from the economic strategies of his former presidential rivals, all of whom are expected to tout the plan this week in an effort to unite the Democratic party.

This plan would potentially open up to five million jobs in the manufacturing and innovation industry. Aside from the funding and procurement, the campaign has also detailed the ease in unionizing workers and implementing a stricter “buy American” laws that can protect the American industry.

The former vice president also took a swipe at Trump, accusing the president of only protecting his wealthy associates instead of helping working-class families. “Throughout this crisis, Donald Trump has been almost singularly focused on the stock market, the Dow, the Nasdaq - not you, not your families. If I am fortunate enough to be elected president, I’ll be laser-focused on working families,” said Biden.

Aside from an economic plan, Biden also unveiled his housing agenda which could potentially change millions of Americans who are of the low-income class and do not have secure housing. This would be known as the Universal Housing vouchers, an upgraded version of the Section 8 housing vouchers. America’s largest rental assistance program would then be availed by every family that qualifies for such vouchers.

This policy would be able to reduce ⅓ of child poverty while eliminating racial segregation, and further stabilize the country’s economy.