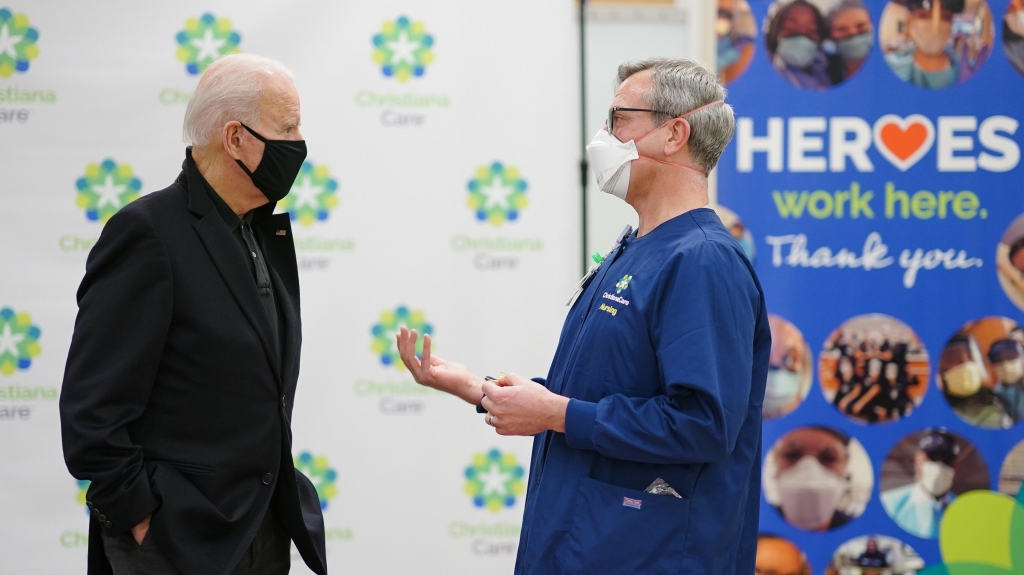 President-elect Joe Biden winning the November elections was a result of people from different walks of life uniting to defeat Donald Trump among other reasons. With Biden’s inauguration on January 20 inching closer, the Presidential Inaugural Committee has announced unity as its theme.

This week, the Presidential Inaugural Committee announced the theme of the upcoming inauguration for Biden and vice president-elect Kamala Harris. The theme in the upcoming inauguration is called “America United,” appropriately named after one of Biden’s core traits that he has touted during his campaign. The theme also follows the recent events at the Capitol incited by Trump and his allies and carried out by rioters that support the outgoing president.

“This inauguration marks a new chapter for the American people -- one of healing, of unifying, of coming together as America united,” said chief executive officer for the inaugural committee Tony Allen. “It’s time to turn this page on this era of division. The inaugural activities will reflect our shared values and serve as a reminder that we are stronger together than we are apart…”

The committee also revealed one of Biden’s first acts as President shortly after his official swearing-in along with Harris was to lay a wreath on the Tomb of the Unknown Soldier at Arlington Cemetery. Biden will also be joined by his predecessors Barack Obama, George W. Bush, and Bill Clinton in the spirit of bipartisanship. Former president Jimmy Carter would not be able to attend the ceremony in order to keep safe in the midst of the pandemic. Their respective spouses will also be joining them at the event.

Biden has made tackling the COVID-19 pandemic among the issues in the forefront as millions of Americans remain infected with the coronavirus and hundreds of thousands have died. With the vaccines from pharmaceutical companies already being administered to those in need, Biden has pledged to seek to release almost all available doses of the COVID-19 vaccine once he takes office. In doing so, the COVID-19 vaccines would become readily available sooner, compared to the strategy by the Trump administration in holding back half that is being produced in order to make sure second shots are available to Americans.