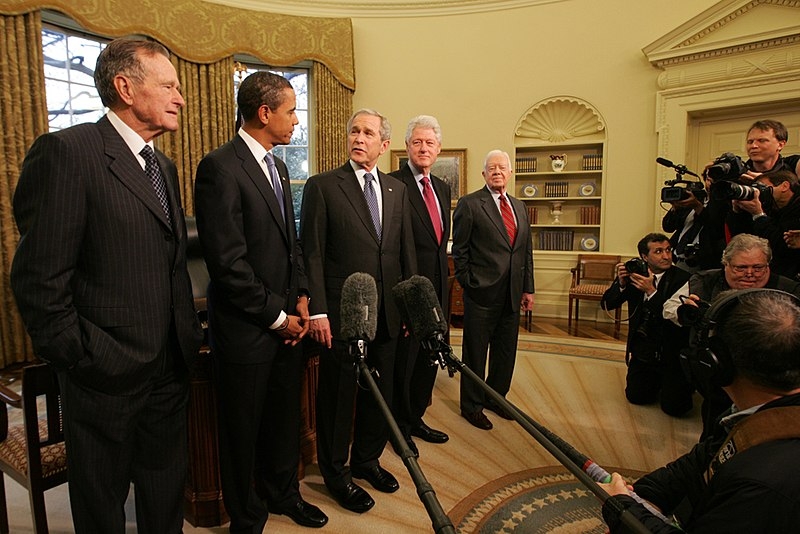 It has been a custom with every administration that the outgoing president would be present at their successor’s inauguration. The custom continues with Joe Biden’s inauguration, as former President Barack Obama joins his other former presidents in attending the upcoming inauguration.

Officials have revealed that Obama, along with Bill Clinton, will be in attendance at Biden’s inauguration. Obama and Clinton will be joining another former president, George W. Bush, in witnessing the president-elect get sworn into office as the new commander-in-chief. The former presidents’ announcements also came at the same time as outgoing president Donald Trump announced in what would be one of his last tweets before his account was permanently suspended that he would not be attending the inauguration. Outgoing first lady Melania Trump is also not expected to attend the ceremony, but the plans may change down the line.

Bill Clinton’s wife and former Secretary of State Hillary Clinton and former first ladies Michelle Obama and Laura Bush will also be attending the ceremony. Former president Jimmy Carter will not be able to attend the inauguration, as will his wife, former first lady Rosalynn Carter as they cannot be able to travel. From the outgoing administration, however, vice president Mike Pence is confirmed to be attending the ceremony for the official transfer of power.

Obama was present during Trump’s inauguration in 2017, as was Mrs. Clinton, who ran against Trump in 2016 but lost.

The incoming Biden administration has made climate change one key issue that would be tackled as the president-elect seeks to have the US rejoin the Paris Climate Agreement. Previously, renowned environmentalist Sir David Attenborough talked with Obama during his visit to the White House and asked him about his administration’s plans to fight climate change and global warming. Back in 2008, Obama laid out a proposal to reduce carbon dioxide emissions in the US, but during his talk with Sir David as he was in his second term, Obama admitted that what has been done so far was not enough.

“We’re not moving as fast as we need to and part of what I know from watching your programs and all the great work you’ve done, is that these ecosystems are all interconnected,” said Obama at the time. “If just one country is doing the right thing but other countries are not, then we’re not going to solve the problem, we’re going to have to have a global solution to this…”