Joe Biden inauguration: President-elect canceled the traditional parade and planned a virtual one for the Americans to join in 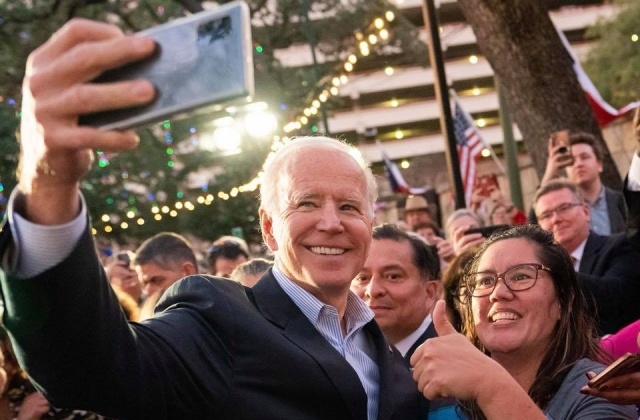 Joe Biden is set to be sworn into office on Jan. 20, and on his inauguration day, he will not be getting the traditional inaugural parade and instead, opted for the virtual ceremony. The event has been altered to avoid people from gathering due to COVID-19.

Usually, elected presidents hold a parade after taking their oath as the leader of the country. Typically, the parade is done around the U.S. Capitol, and the citizens line up in the streets to greet the new president.

Joe Biden’s inauguration may have been downsized because of the pandemic, but he will still be receiving a military escort to the White House. As per The Daily Mail, after the swearing-in ceremony, Biden and his wife, Jill Biden, will join Kamala Harris and her husband so they can all participate in the Pass in Review that will be held at the opposite front side of the Capitol. This is the tradition where the new president will check the readiness of the military troops.

The traditional presidential escort with representatives from every branch of the military will proceed, but this will only be for a short distance, from 15th Street to the White House. This will be viewed by the public since it is televised.

The inauguration plan for Biden

Rep. James Clyburn is one of the committee heads of Joe Biden’s inaugural, said that they are still expecting people to arrive for the swearing-in ceremony. Since this is the case, they are prepared and have plans to make sure everyone will be safe.

“We’re going to make sure that people participate in a way that will make them a part of the event, but keep them safe and healthy and comfortable,’’ USA Today quoted Clyburn as saying.

“We’re going to do it in such a way that you will be a part of it, but you can stay warm at home in your pajamas and enjoy it."

He added that all the participants in the ceremony will surely practice social distancing, and they will follow vigorous safety protocols. Meanwhile, this will be the country’s 59th inaugural ceremony, and it is expected to be viewed on TV across America. There will be marching bands, dance troupes, and musical acts.