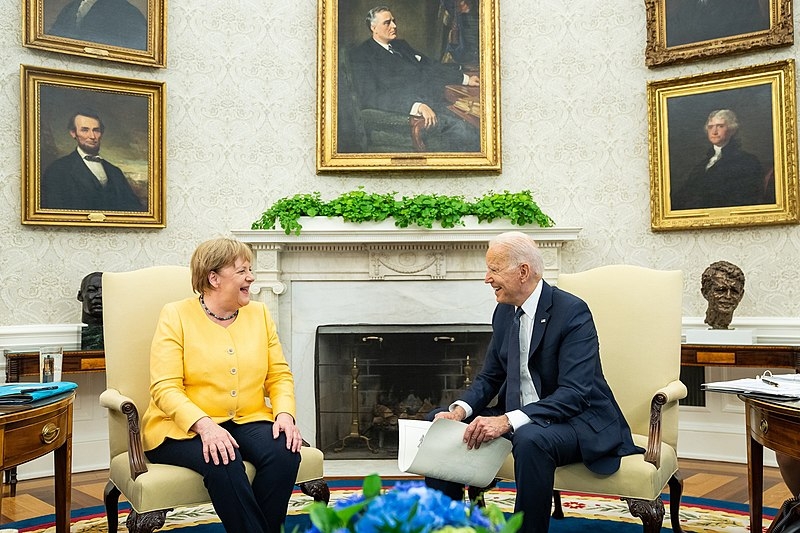 This week, US President Joe Biden hosted outgoing German Chancellor Angela Merkel at the White House. Aside from discussing issues, both have also found common ground in standing up against potential global threats like Russia.

In their first bilateral meeting, Biden and Merkel met at the White House, a first in-person meeting with a European leader since Biden took office back in January. During their meeting, the pair discussed a range of issues while also agreeing to disagree when it comes to the issue of the Nord Stream 2 pipeline. It would also be Merkel’s final meeting with Biden as the German Chancellor as Merkel is set to leave office in September.

The meeting is also part of the US’ efforts to re-establish relations with its allies and partners as relations with other countries were put under strain during Donald Trump’s presidency. In a joint press conference, the pair also reaffirmed the US-Germany relationship while also reaffirming their commitment to stand up against threats posed by Russia as well as China.

When it came to the Nord Stream 2 pipeline, both leaders agreed on the fact that Russia should not use energy as a weapon. They also said that both countries are committed to defending their NATO allies in the eastern flank against Russian aggression as well as democratic principles and human rights. Biden and Merkel also discussed the travel restrictions that are currently in place because of the pandemic, and when it would be safe to lift the restrictions on traveling from Europe to the US.

Biden also took the opportunity to pay tribute to Merkel as she prepares to leave office this year. “On a personal note, I must tell you I will miss seeing you at our summits,” he said about the German leader, who has worked with four US presidents during her tenure.

The US leader was also pressed on the current situation going on in both Cuba and Haiti as both countries are currently facing a crisis. Cuban residents have taken to the streets to protest against the government while Haiti was struck with the assassination of its president, Jovenel Moise.

“Cuba is, unfortunately, a failed state and repressing their citizens,” said Biden during the press conference. “They’ve cut off access to the internet. We’re considering whether we have the technological ability to reinstate that access.”