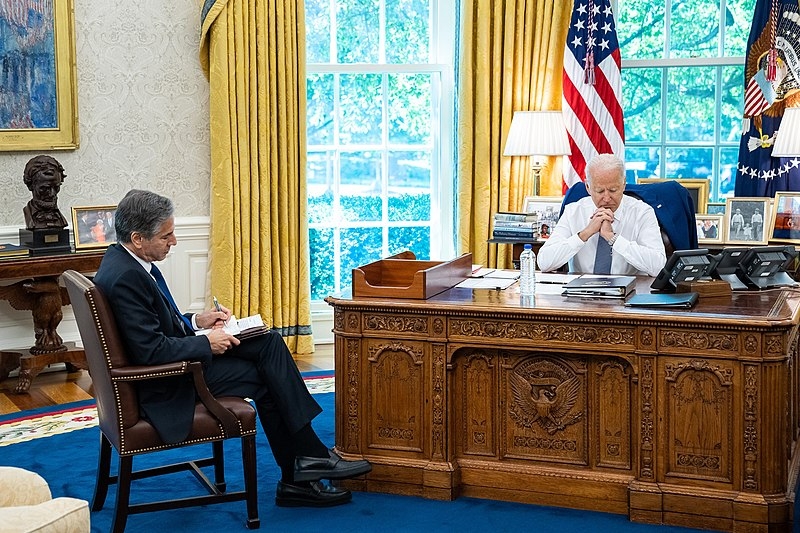 Last week, the US was once again subject to another ransomware attack by a Russia-based hacking group. US President Joe Biden has since reached out to his Russian counterpart, calling on him to take action against the culprits.

A readout of the conversation between Biden and Putin released by the White House said that Biden reiterated that the US will take retaliatory action in defense following the ransomware attack. The readout went on to say that Biden highlighted the need for Russia to disrupt ransomware hacking groups that operate within the country while assuring his commitment to a long-term engagement on the threat posed by ransomware.

The call follows a report that a Russia-based ransomware group, REvil, carried out a cyberattack against US software company Kaseya. Kaseya provides services to 40,000 companies all over the world. The cyberattack on Kaseya marks the biggest ransomware attack in history.

After the call, Biden told the press that damages to US businesses by the ransomware group were minimal even as reports showed that around 1,000 US businesses were affected by the cyberattack. REvil also claimed up to 1,000,000 companies were affected by its attack in at least 17 countries. The hacking group demanded $70 million in Bitcoin currency to end the attack, but following private negotiations, lowered the ransom to $50 million in the same currency.

White House Press Secretary Jen Psaki also said that Biden made clear to the Russian leader that action needs to be taken against the hacking groups.

Last week, Biden also defended the decision to further withdraw US troops from Afghanistan, effectively ending the war that was started following 9/11. While the decision was mostly praised, others remained skeptical and critical of the withdrawal, especially as most of the US troops have already been transported back. In his defense, Biden insisted that no amount of US military presence in the region would solve Afghanistan’s own problems.

Biden also explained that American resources were better off used for other aspects. When pressed of the possibility of the Taliban taking over, Biden said that there was nothing in Afghanistan’s history that suggested that the US could solve after 20 years of military conflict.

“I will not send another generation of Americans to war in Afghanistan with no reasonable expectation of achieving a different outcome,” said the US leader.