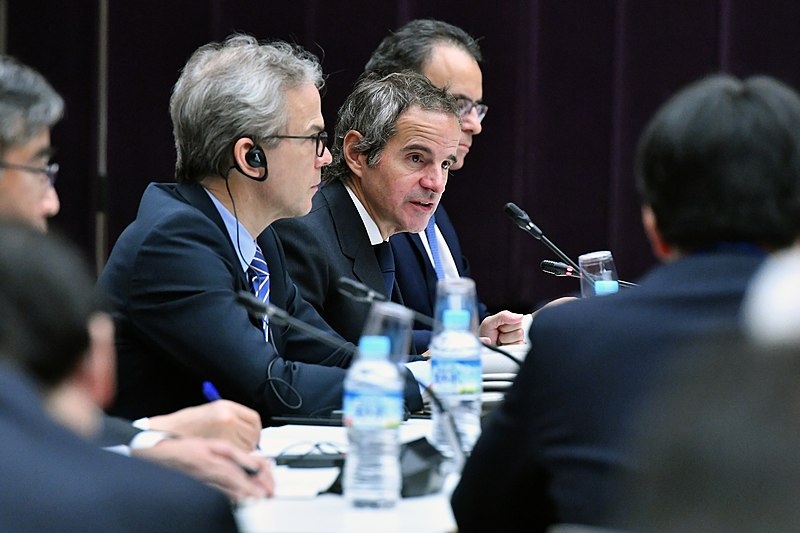 Iran is still in the midst of negotiations with world powers to revive the 2015 nuclear deal for sanctions relief. However, following Iran’s recent retaliatory move to dismantle the monitoring cameras of the International Atomic Energy Agency in its nuclear facility, the watchdog’s chief warned Tehran may be making a “fatal” mistake in the efforts to revive the agreement.

IAEA chief Rafael Grossi said Thursday that Tehran may be dealing a “fatal blow” to the chances of reviving the 2015 nuclear deal in its retaliation to the watchdog by removing its cameras in a nuclear facility.

“I think this would be a fatal blow,” said Grossi during a news conference.

Grossi explained that Iran has three to four weeks to restore some of the cameras it dismantled. Otherwise, the agency will not have the ability to monitor Iran’s major nuclear activities.

Tehran told the IAEA overnight that it intends to remove the agency’s equipment, including the 27 cameras as of Thursday, which is “basically all” the monitoring equipment installed under the 2015 deal that the country claims goes beyond its main obligations to the IAEA.

Iran warned of retaliation should the 35-member Board of Governors pass a resolution drafted by the US, France, the UK, and Germany criticizing Tehran over its failure to explain the origins of the uranium particles found at undisclosed nuclear facilities. The resolution was passed by a majority Wednesday.

US officials told Reuters that Iran could still provide the board with information regarding the uranium particles after the three or four-week window to allow for the revival of the nuclear deal.

France, the UK, and Germany also criticized Iran’s retaliation Thursday, saying that the move casts doubt on Iran’s willingness to revive the deal. The three countries issued a joint statement saying that Tehran’s actions would only worsen the situation and “complicate” efforts to revive the nuclear agreement.

“These actions only aggravate the situation and complicate our efforts to restore full implementation of the JCPoA. They also cast further doubt on Iran’s commitment to a successful outcome,” said the three countries in the statement, referring to the deal by its formal name, the Joint Comprehensive Plan of Action.