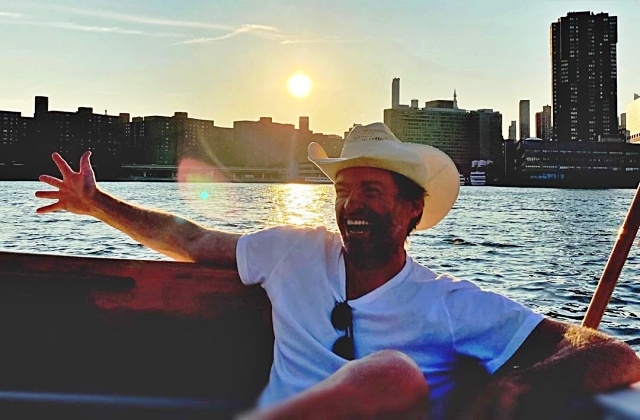 Hugh Jackman may have starred in the most masculine roles in Hollywood including Wolverine in the “X-Men” movies. However, the rumors that the 51-year-old actor is gay kept on coming up to this day.

Hugh Jackman’s sexuality has always been scrutinized despite the fact that he has been married to Australian actress, Deborra-Lee Furness, for 24 years now. Probably, such rumors have persisted because the actor usually just dodged the questions about his sexual orientation.

The start of the gay rumors

The Daily Mail reported that the rumors about the actor’s sexuality actually started when he kissed a guy on stage, a scene that is required in the theatrical play they are in. Likewise, an insider shared that this likely started in around 2003 when he played a gay singer in “The Boy from Oz” on Broadway. This was the show where he kissed a co-actor, Jarrod Emick.

This was such a long time ago but apparently, the passionate kiss remained stuck in everyone’s mind and because Hugh Jackman is a really good actor, his portrayal of a gay character was so realistic. His acting was awesome but he might have convinced the public more than he should.

Hugh’s once addressed this gay rumor

In 2018, Hugh Jackman once commented on the allegations about his sexual orientation. At that time, he confidently said that he is not bothered at all.

“Some dudes do get upset, some dudes say, ‘Don’t say I’m gay’ but I’m good,” Metro quoted the actor as saying on an American radio show. “I was literally just locking lips and I started to laugh so hard.”

He went on to explain, “So I stay kissing him because I thought, ‘I’m just going to laugh. I’m going to stay here until it subsides’ and it never subsided and the whole audience could see my body shaking, so they started.”

Deborra-Lee Furness appeared in a Q&A on Anh’s Brush With Fame and she addressed the rumors about her husband, Hugh Jackman. He denied the rumors by responding sarcastically and in jest.

“He’s been gay so many years,” she told the host Ahn. “I hope people don’t buy these magazines and realize it’s all made up.”

Finally, Deborah said that it is just wrong to suspect anyone of their sexuality. She also mentioned that this is happening to Elton John too but he is really straight. Hugh Jackman’s wife then said that she is pretty sure the English singer is pissed as well.