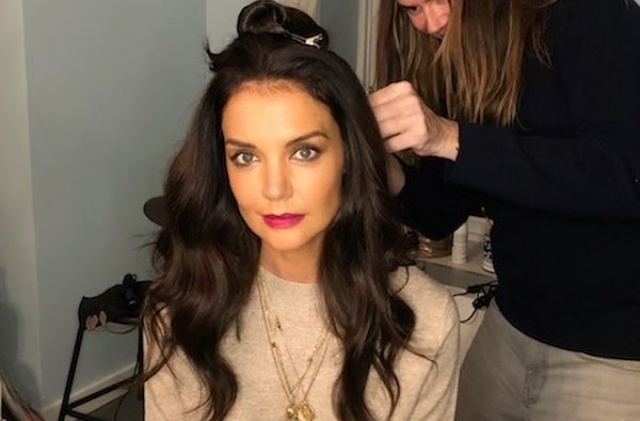 Katie Holmes is reportedly one of the Hollywood stars that is fond of getting plastic surgery to fix something in their bodies. This time, the actress “All We Had” actress is said to be fixing her feet that she really hates.

The report also alleged that Katie Holmes already had some procedures done on her body and this is why she looks better today. However, she really can’t stand her feet and it is her next target.

Globe reported that Suri Cruise’s mom is really frustrated and distressed over the appearance of her feet. Thus, she has visited a surgeon again to consult on what they can do to ease her problem.

"Thanks to exercise and a few nips and tucks, Katie's body has never looked better - aside from her feet,” an insider allegedly told the magazine. “She desperately wants to do something about her crooked toes and unsightly bunions and she's consulted with her surgeon.”

It was said that during the consultation, Katie Holmes was warned that fixing her feet would be painful. This is because the procedure to fix it will entail bone realignment and shaving. Despite the warning, the 41-year-old actress remained unfazed and would like to do it.

"Recovery can last up to three months and she might even need a walker to get around but Katie’s determined to get this fixed!" the source went on to say. "Designers push Katie to wear pretty shoes on the red carpet but her toes are long and knobby and getting a pedicure doesn't help."

Did Katie Holmes underwent cosmetic procedures and hates her feet?

Tom Cruise’s ex-wife is one of the Hollywood celebrities with the most paparazzi-taken photos.

In fact, she is on tabloids every week with fresh snaps of her trip to the grocery or simply walking down the streets of New York.

Apparently, from her photographs, everyone can see that her face or body remained the same through the years which means she didn’t get any surgeries to improve her looks. Gossip Cop also previously debunked a similar story that claimed she splurged on cosmetic procedures.

There is no truth in this story and this was also confirmed to GC by Katie Holmes’ spokesperson. Her side firmly stated that this report is made-up.