George Clooney, Amal Alamuddin rumor: Actor secretly preparing his own place to have his own home if he and barrister wife split 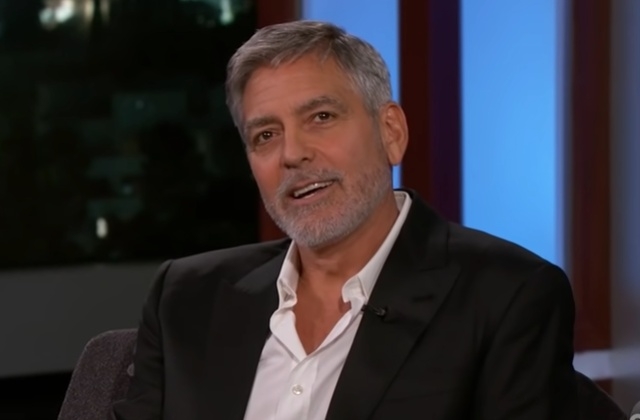 George Clooney was reported to be renovating one of his mansions but he is doing this in secret because the place is intended to be his “bachelor pad” in case he and wife Amal Alamuddin call it quits. It was suggested that he has taken this move because his relationship with his wife is not stable anymore.

It was reported by Woman’s Day that George Clooney claimed he is constructing a play cottage for his twin children but in reality, he is renovating his mansion which would be his bachelor pad in the event of unavoidable divorce. The magazine wrote that the “Batman” actor’s secret was divulged because it is odd that he is also renovating a kitchen when his children will not need this as they are still very young.

Moreover, the magazine went on to state that the renovation is just an indication that there is truth to the rumors that George Clooney and Amal Alamuddin are on the verge of divorce. The couple’s marriage was said to be “hanging by the thread” because they just realized that they are completely different individuals who have nothing in common.

As reported by another tabloid OK! Magazine, the pair move in completely different worlds and they want different things in life too. This is why their marriage and themselves are slowly growing apart.

The barrister was also said to have expressed her wish to have some space because of the tensions between them. With these events, George Clooney sensed that the end of their union may be close thus he needs a home for himself.

It is true that George Clooney is renovating one of his mansions located in California. It was also mentioned that he is indeed adding a “play cottage” for his twins but he is not turning it into his bachelor pad. For one, this was his “former” bachelor pad and now he wants to turn it into one of his family’s spacious homes.

They can stay here whenever they are in the U.S. since George Clooney and his family are mostly staying in their Lake Cuomo villa now. This is in Italy and some of his friends including Meghan Markle and Prince Harry have visited there already.

Gossip Cop is also refuting this story and deduced that this is a false report. George Clooney and Amal Alamuddin are not separating or having marital issues in the first place. The house is also for the family and not for the actor alone.