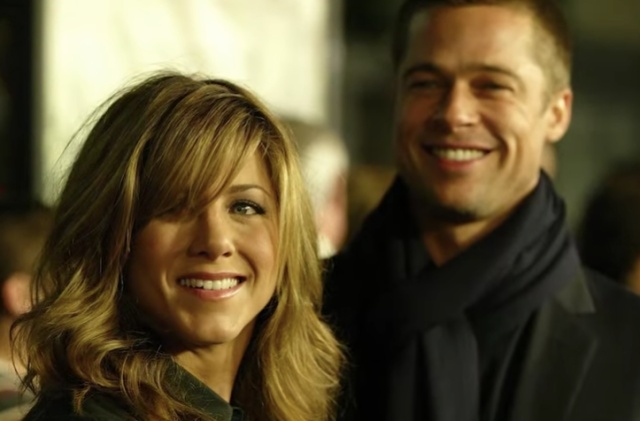 Jennifer Aniston and Brad Pitt recently appeared together in the “Fast Times at Ridgemont High” table read and half of the world had gone crazy. This was the first time that fans saw them on one screen and interacting for a long time.

It can’t be helped for the fans to be happy because they have been wishing all along for Jennifer Aniston and Brad Pitt to reconcile. They are both singles again anyway and many people see this as an opportunity for them to reconsider their relationship and be lovers again.

Now, In Touch Weekly reported that after deciding to divorce more than a decade ago, the two developed renewed feelings for each other especially now that they are unattached. It was claimed that Brad Pitt realized that he still has strong feelings for Jennifer Aniston when they participated at the “Fast Times” table read that was organized by Dane Cook to raise funds for the CORE (Community Organized Relief Effort).

The magazine alleged that Brad immediately ditched his rumored girlfriend German model Nicole Poturalski after the event. The 56-year-old “Once Upon a Time in Hollywood” actor was said to have felt that he wants to be with his true love and that is Jen.

“The reading is what convinced Brad that they should get back together,” the source supposedly told the magazine. “Even though they weren’t in the same room, their chemistry and natural flow with each other was very apparent.”

It was added that even a body language expert noticed that Brad Pitt was remembering his past experience with Jennifer Aniston when they were reading their lines. In particular, in the part of the script where the actress’ character said that she wants to kiss Brad’s character.

“Pitt licking his lips at that moment meant he was an individual either really experiencing his lines or remembering his experience with Jen,” the expert reportedly said.

Now, when the realization hit Brad, it was claimed he immediately broke up with his girlfriend and rushed to Jen’s side. “He went to Jen’s and poured his heart out,” the tipster shared. “Now the two are on a romantic weekend in Big Sur.”

This is a wild claim from In Touch and Gossip Cop checks out the facts to determine if the report is true. Did Jennifer Aniston and Brad Pitt really reconciled and the table read led to the actor dumping his GF?

After some checking, the gossip police outlet wants to set the records straight. The claims are false and this was confirmed by the actress’ rep. Also, if the actor and Nicole have ended things, it would have hit the headlines already but there was none. Finally, Jennifer Aniston and Brad Pitt never met each other anywhere outside of the ZOOM meeting they had a few weeks before.