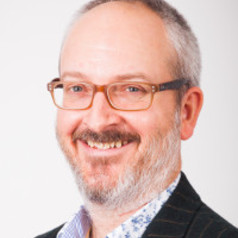 Protests in Hong Kong have captured the world’s attention in recent weeks, with demonstrators closing streets and the airport, and Chinese forces amassing near the border with a none too subtle threat of violent reprisal. The protests began in response to a new extradition law, but have spilled over into a general unease about the future of Hong Kong’s special administrative status.

This special status sets Hong Kong apart from mainland China in a number of ways. As well as enjoying various social and political freedoms, it has a free market economy and is one of the world’s biggest financial centres. Global finance has attracted a number of Chinese elites but has not benefited a large chunk of Hong Kong society.

But if Hong Kong’s protesters succeed in pushing back against the oversight of Beijing, it would serve to reinforce the benefits the elites already enjoy from Hong Kong’s economic arrangements. This parallels the situation in the UK, where financial elites could soon embrace a low-tax, low-regulation future following a no-deal Brexit driven by populist concerns about immigration and inequality.

Hong Kong and London share a common history and since the 1960s have flourished as offshore financial centres, acting in many ways as secrecy jurisdictions or tax havens.

Hong Kong’s financial sector was a creation of the British, who used it as a route into Chinese markets. It boomed following the opening of the Chinese economy. When, in 1997, Hong Kong returned to China, it preserved some of this offshore status as a special administrative zone. The beneficiaries this time were Chinese.

Hong Kong stores great reserves of capital in comparative secrecy, channels global investment into China – also in secrecy – and is a crucial part of China’s long-term plan to establish the Renminbi as a global reserve currency through offshore markets. The local “dim sum bond market”, issuing RMB denominated debt, has been a remarkable success, with the equivalent of more than US$100 billion of capital circulating.

Hong Kong has been implicated in shadier dealing. Investigative journalist Nicholas Shaxton puts it bluntly: “Hong Kong is where most of the corruption in China is accomplished.” Other scholars see Hong Kong as an amalgam of onshore and offshore finance, with a strong legal system, tax treaties, and a robust financial market.

London’s success as a global financial centre has also been driven by its status as a hub for offshore financial services, a position greatly supported by its strong connections throughout Britain’s former empire. In the 1960s and 1970s, for example, London became home for the “eurodollar” markets. These were lending markets operating in US dollars, located in London but considered to be beyond the purview of the UK’s legislation.

London-based lenders could charge higher rates than the national currency controls of the time allowed. The United States benefited as the depth and liquidity of eurodollar markets supported the dollar’s reserve currency status; international banks arrived in droves and the City, London’s financial district, thrived. Regulators on both side of the Atlantic turned a blind eye, quietly admitting the economic benefits the markets bestowed. Even the Soviets invested.

Both London and Hong Kong are centres of perpetual reinvention. Following the financial crisis, the City’s innovations have included managing the wealth of the global super-rich and an arrangement with the Chinese government to develop the offshore trading of the RMB.

In the same way that Hong Kong’s protesters fear Chinese control, a number of Brexiters claim the EU comes with too much red tape. Interviewing financiers for research into London-based markets, I found overwhelming support for Brexit, largely driven by a distaste for increasing layers of regulation.

It is certainly the case that Europe has never been comfortable with London’s activities as a conduit for international funds. No one expects the EU to maintain the City’s “passporting rights” which allow firms based in the UK to trade freely across the EU. And the mundane but profitable business of settling euro transactions is likely to be pulled within the bloc.

History shows they are fluid entities constantly reshaping in response to political happenstance and technological or economic advances. Markets put down roots in the shape of dense social networks shaped by bonds of trust and expertise, and in the material infrastructures – from wires, phones and screens to upscale offices, restaurants and hotels – without which they cannot function. Advantages of status and connection become embedded. When new financial frontiers open up it’s those well-placed who benefit.

Here’s the irony. Hong Kong’s protesters seek political freedom, but whatever happens in politics, it is likely that the economic advantages of the elite will be preserved through the social and material architectures of its markets.

Brexit, meanwhile, has been driven by concerns over immigration and inequality, but the no-deal on the horizon offers something else. If the new prime minister’s rhetoric of “boosterism” and “freeports” is to be believed, the City will be entirely unencumbered by regulation, free to roam the high seas of international currency flows. Here too, only the financial elites will benefit.