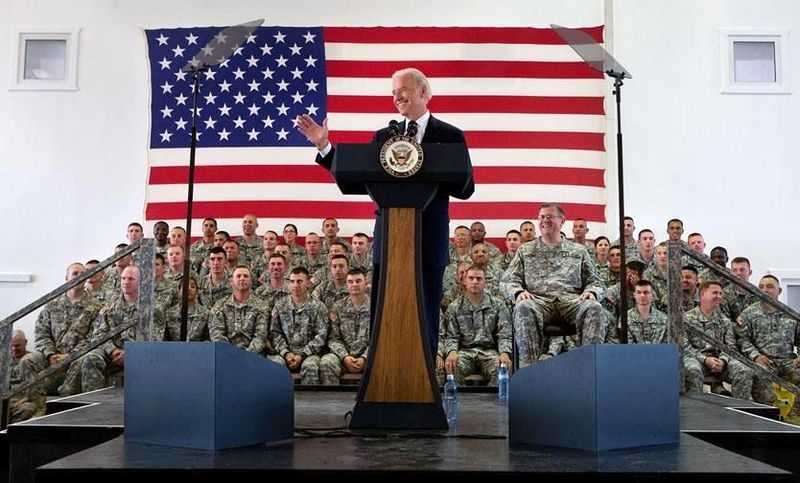 The presidential race this year is in full swing, with candidates from both parties vying to replace President Donald Trump come November. Former vice president Joe Biden is among the candidates in the running, and his new political ad cleverly shows the candidate using Trump’s own words to his advantage in making his case.

CNN reports that prior to the final democratic debate for the first round of votes in the nomination process, the former vice president released an advertisement arguing that he is the best one to take over from Trump. The advertisement in question was a montage of Trump saying his name. The narration then is heard after the montage, saying that “Donald Trump has made it clear he’s got Joe Biden on his mind because Trump knows Biden will beat him in Pennsylvania, Washington, and Wisconsin - the states we need to take back the presidency.”

Biden is among the candidates who are running head to head against fellow progressives senator Bernie Sanders and Elizabeth Warren. The former vice president’s ad came in a timely manner, depicting himself as a candidate above the rest. This also came in just when Sanders was building up opposing arguments to Biden, criticizing him for his stance on the Iraq war vote as well as social security.

Earlier in the month at Iowa, Biden stressed to the crowd that whoever is nominated has to have the best chance at defeating Trump in the election. “Not just based on what the polling says today, who is the candidate who can stand up and is the antithesis of who Donald Trump is. I think I am, but that’s for you to decide.”

On the other side of things, the House previously voted that Donald Trump be impeached, and the charges of his impeachment will next be moved to the Senate for another trial. Time reports that Nancy Pelosi revealed that they are in the process of choosing the prosecutors for their case as well as sending the charges to the Senate which would effectively lay the groundwork for the Senate to begin their trial and further examining the evidence presented by the House to decide that Trump be impeached.

Two-thirds of the Senate or 67 senators have to vote to convict Trump in order to remove him from office.