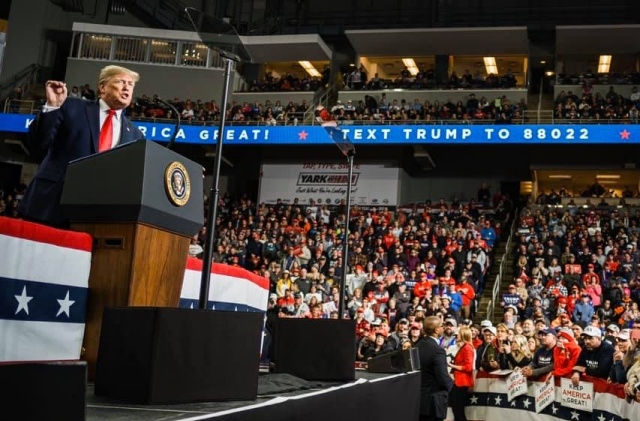 Donald Trump made everyone know that he strongly supports the Iranians who bravely launched an anti-Iranian government protest the past weekend. Via the social media platform, Twitter, the US president said left a message to the protesters and told them that he is behind them since the day he was elected as the leader in the United States.

"To the brave, long-suffering people of Iran: I've stood with you since the beginning of my Presidency, and my Administration will continue to stand with you,” Trump tweeted on Jan. 12. “We are following your protests closely, and are inspired by your courage."

Fox News reported the protests broke out in several universities across Iran on Saturday. The rallies erupted after Tehran admitted that it mistakenly shot down the Ukrainian passenger plane, where all 176 people aboard have perished. The jet was attacked using an on-air missile.

The head of the Islamic Revolutionary Guard's aerospace force, Gen. Amir Ali Hajizadeh, said that he is taking “full responsibility” for the plane crash that happened on Jan. 8. The victims of the “unintentional” shooting include 82 Iranians, 63 Canadians, 11 Ukrainians, and some nationals from Germany, U.K., Afghanistan, and Sweden.

It was said that the plane went down just minutes after it took off from Tehran's Imam Khomeini Airport as the aerospace force mistaken it for a cruise missile. Iranian President Hassan Rouhani claimed it to be a “human error” before saying that it is a "great tragedy and unforgivable mistake."

“I take full responsibility, and I will obey whatever decision is taken,” Times of Israel quoted the Gen. Amir as saying as he apologizes. “When I found out what had happened, I wanted to die. I said I would rather die rather than be a witness to such an incident.”

Trump calls the incident a “massacre”

Donald Trump called the Ukranian airline incident as a “massacre” and said that he is hoping that this will not happen again, even to the protesters. "There can not be another massacre of peaceful protesters, nor an internet shutdown. The world is watching," the POTUS wrote in another tweet and called on the Iranian government to allow the human rights groups to monitor the protests of its citizens.