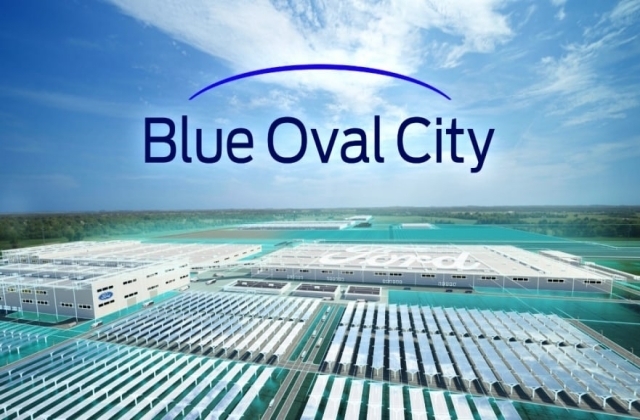 Ford Motor Company and SK Innovation are jointly investing in building battery plants in the United States. It was said that they would be spending around $5.8 billion for the twin battery factories that they will call the BlueOvalSK Battery Park.

It was added that in this project alone, Ford Motor and SK Innovation would be creating at least 5,000 new jobs. The plants will soon rise in Kentucky.

According to Reuters, SKI, a South Korean battery manufacturer, is already supplying electric vehicle batteries to Ford Motor and the Korean carmaker Hyundai Motor. It also has battery production facilities not only in South Korea but in the U.S., China, and Hungary as well. Now, through a partnership with the American automaker, it is building new sites.

As mentioned earlier, the Ford Motor and SK Innovation new joint project has been called the BlueOvalSK Battery Park. This is a twin battery plant and will produce EV batteries that will be supplied to the Dearborn, Michigan, headquartered company’s vehicle assembly plants in North America. The batteries will be fitted to the next generation EVs of Ford and its other Lincoln vehicle line.

“We are proud to be partnering with Ford as they open a new chapter in automobile history,” SK Innovation’s president of battery business, Dong Seob Jee, said in a press release published by Ford Media Center on Sept. 27. “We are excited to be taking this decisive leap together, as partners, and to bring about our common vision for a cleaner planet.

He added, “Our joint venture, BlueOvalSK, will embody this spirit of collaboration. We look forward to growing our trust-based partnership by delivering on our market-leading value proposition, experience and cutting-edge expertise.”

The joint venture is part of Ford Motor’s $11.4 billion investment to completely shift to electric vehicles. It will also be building a new mega campus in Tennessee and produce its new lineup of advanced EVs. The company named the mega campus project the Blue Oval City.

Meanwhile, according to CNBC, Ford will be constructing twin lithium-ion battery plants through its deal with SKI. They will be erecting a massive facility that will have a recycling center, a supplier park, and a new assembly plant for Ford’s F-Series electric trucks. The entire project is projected to create a total of 11,000 new jobs in the region.

“This is our moment - our biggest investment ever - to help build a better future for America,” Ford president and CEO Jim Farley said. “We are moving now to deliver breakthrough electric vehicles for the many rather than the few.”