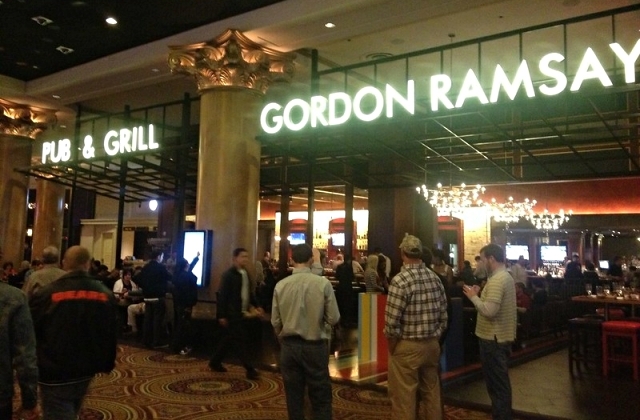 Gordon Ramsay is one of the most well-known names when it comes to Michelin-starred food fare. He owns restaurants in various countries and is famous for his burgers.

Now, chef Gordon Ramsay is bringing his burger restaurant to South Korea and is set to open his first branch in Jamsil, Seoul. According to The Korea Herald, the store will be built at the Lotte World Tower and is expected to open this December.

The 54-year-old chef’s branch in South Korea will be the very first Gordon Ramsay Burger in Asia and the third globally. He started his burger restaurant business in 2012, and the first two locations are in London and Las Vegas, U.S.A.

It was mentioned that his burger store’s signature menu item is the Hell’s Kitchen Burger which is selling at $17.99 in the United States. Apparently, the burger menu’s name was lifted from the show that made Gordon Ramsay famous around the world.

At any rate, when it is finally available in Seoul, the locals can expect the same price range as with the other international branches since the same ingredients are used. Thus, it can be said that they can be a bit pricey but will surely be worth every penny.

He has been hosting the American cooking competition show titled “Hell’s Kitchen” since 2005, and it is on its 20th season now. From there, he opened several restaurants, and all of them bear his name. He is also a chef with 16 Michelin stars, so it is no wonder that his restaurant business is going well.

In related news, Gordon Ramsay’s burger restaurant is not just coming to South Korea but also recently opened a new outlet in Reading, Berkshire in the U.K. This branch is said to be located close to the Oracle company.

Berkshire Live reported that the exact location is at The Oracle Shopping Centre, and it opened on Friday, Sept. 24. Burgers with sides and drinks are said to cost £15.

Meanwhile, the Gordon Ramsay Burger restaurant will include the burger menu lineup, including the #BAE burger with beef, bacon, egg, cheese, and tomato relish, the J.F.C burger, the Hell’s Kitchen burger, the lamb burger, and a vegan burger sandwich with mushroom patty.