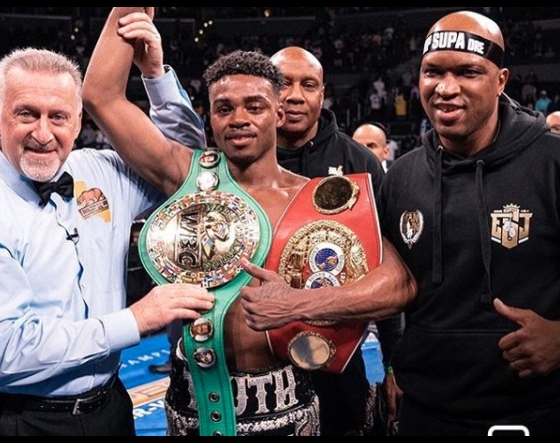 Finally, it has been confirmed! Errol Spence Jr. and Danny Garcia have both confirmed on their social media accounts that they will finally be facing each other on November 21, 2020, on Fox pay-per-view.

Errol Spence Jr. posted on his Twitter account that it is a done deal and that the king of the division is back.

Garcia, on the other hand, also posted on his Twitter account that it is signed, sealed and delivered, referring to the much awaited fight. He added that it would be his 10th world title fight and that it is time to crown the king once again.

No venue has been specified yet on where the fight will be held. Los Angeles is being eyed, although the fight like so many other sporting events that have restarted, might have no audience due to the Coronavirus Disease 2019 (COVID-19) pandemic.

Spence, who has a win-loss record of 26-0 with 21 wins by way of knockout, will be defending his World Boxing Council (WBC) and International Boxing Federation (IBF) welterweight belts.

The 30-year-old world champion first wrested the WBC belt in May 2017 after defeating Kell Brook then he unified it by taking away the IBF title from Shawn Porter last September 2019.

The fight was his last as he was supposed to meet Garcia in January but he was still recovering then from injuries he suffered when he got thrown out of his car when it flipped at high speed last October. Fortunately for Errol Spence Jr., he suffered no broken bones.

Garcia, for his part, last fought in January when he decided to go ahead with the January playdate and faced Ivan Redkach whom he defeated in a 12-round decision.

The 32-year-old Garcia boasts of a 36-2 record and like Spence has 21 wins via knockout.

Many were expecting Spence to take a tune-up fight before facing Garcia as the car accident may have affected the way he fights but his trainer, Derrick James, said the unified champion is looking good as he started training again last March.

James added that Spence is expected to start sparring late this month in preparation for his fight against Garcia.

Errol Spence Jr. is feeling great, his weight is down and he is right on schedule, this, according to James.