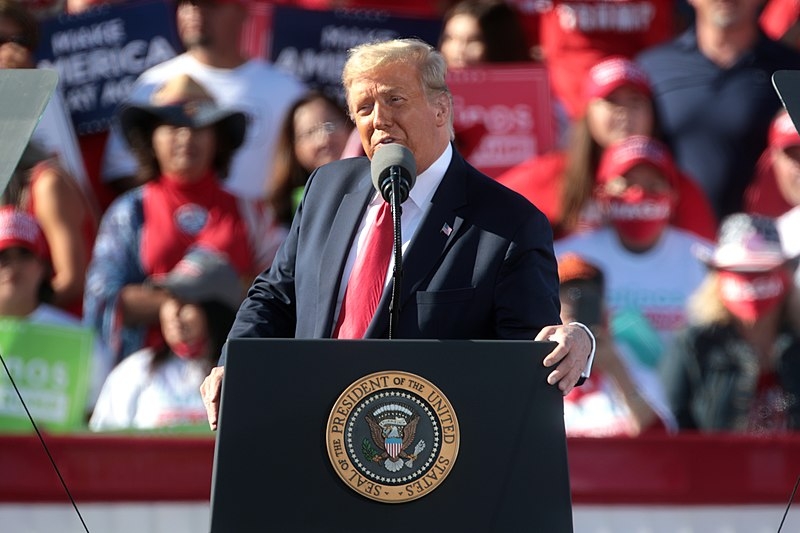 Former President Donald Trump has been away from social media for months following the January 6 insurrection. While platforms like Facebook and Instagram are now in the process of deliberating the former president’s possible return to the platform, the oversight board has announced that it will delay its decision on whether Trump would be allowed back.

Facebook’s oversight board has announced its delay in the decision of whether Trump would be allowed back on the platform as well as Instagram. The board made the announcement on Twitter, citing that the reason for the delay was that it was still reviewing over 9,000 public responses to cases. The board was originally set to announce its decision on April 21.

“The Board will announce its decision on the case concerning former US President Donald Trump’s indefinite suspension from Facebook and Instagram in the coming weeks. We extended the public comments deadline for this case, receiving 9,000+ responses,” tweeted the board in a two-post thread.

Trump was banned from most major social media platforms for inciting violence that resulted in the Capitol riots last January 6. The pro-Trump mob stormed the Capitol resulting in five people killed and over 100 Capitol Police officers arrested. Facebook had previously left the decision to the oversight board on whether Trump should be suspended indefinitely or for a limited amount of time.

The former president was previously reported to be considering creating his own social media platform in response to his indefinite suspension from most platforms.

In other news, Trump issued a statement regarding Joe Biden’s decision to withdraw the US troops from Afghanistan. Biden announced that he would be putting an end to the long-running “war” that occurred for the past 20 years, spanning four administrations. The former president praised his successor’s decision to withdraw the troops but added that Biden should do so before 9/11.

Trump described the withdrawal as “a wonderful and positive thing to do” and even cited the reasons why Biden should not withdraw the troops by September 11. However, one of Trump’s most staunch allies, South Carolina Senator Lindsey Graham, tweeted his disagreement with the former president’s statement.

Trump is the latest former president to comment on Biden’s decision, as Biden had already previously spoken with George W. Bush and Barack Obama regarding his announcement.