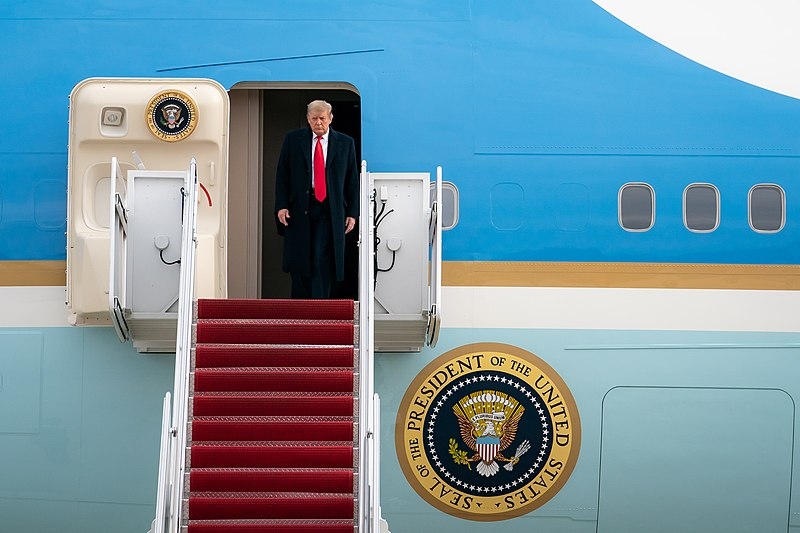 Following the January 6 riots at the Capitol, former President Donald Trump has been permanently suspended from most major social media platforms, most notably Twitter. However, compared to the posts of his predecessors during their presidencies, Twitter says the National Archives is not allowed to restore the Twitter account of the former president.

Speaking to Politico Wednesday, Twitter said it is not allowing the National Archives to make Trump’s account available for viewing by the public again. The statement comes as the National Archives is looking to create an official online archive for Trump’s past posts, including the tweets that led to his permanent suspension by the platform.

NARA already has archives of administration officials preserved except for the former president’s. The permanent suspension of Trump from the social media platforms has started a debate among lawmakers over how much control social media channels have over speech.

However, Twitter has maintained that no version of the former president’s posts will remain visible on its platform. “Given that we permanently suspended @realDonaldTrump, the content from the account will not appear on Twitter as it did previously or as archived administration accounts do currently, regardless of how NARA decides to display the data it has preserved,” said Kennedy in an email. “Administration accounts that are archived on the service are accounts that were not in violation of the Twitter rules.”

Twitter cited “glorifying violence” as a reason for permanently suspending Trump following the riots. The Capitol riots also faced Trump with several lawsuits from Capitol Police officers and from members of Congress.

10 Democratic Representatives now joined in the KKK-Act lawsuit against Trump, his attorney Rudy Giuliani, and the white extremist groups the Proud Boys and the Oath Keepers. Ohio Congresswoman Marcy Kaptur was among the Representatives who are joining in the NAACP lawsuit initially filed by Mississippi Congressman Bennie Thompson.

The lawsuit accuses Trump and the rest of the defendants of violating the 1871 Ku Klux Klan Act, which was passed to clamp down on violence and intimidation against freed slaves. The suit also includes Kaptur’s account of the riots.