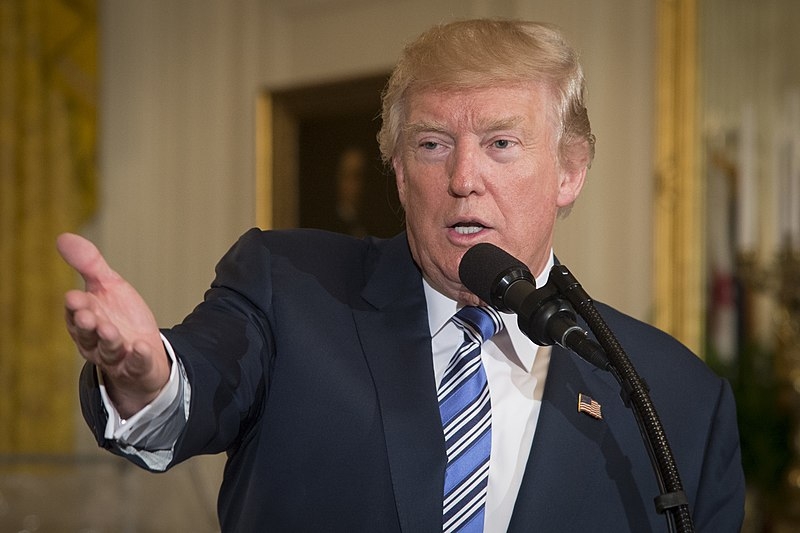 Former President Donald Trump’s involvement in the insurrection last January 6 resulted in his permanent suspension from most major social media platforms, including Facebook. A video interview of the former president was taken down by the platform citing its inclusion in the ban.

A spokesperson for Facebook confirmed that the platform has taken down a video interview of Trump, citing the former president’s indefinite suspension. The video interview featuring Trump was shared by his daughter-in-law Lara Trump.

Ms. Trump teased the interview with the former president Tuesday on Instagram. Lara Trump later shared on Instagram an email she received warning about uploading the video. A source from the platform confirmed the veracity of the email.

“In line with the block we placed on Donald Trump’s Facebook and Instagram accounts, further content posted in the voice of Donald Trump will be removed and result in additional limitations on the accounts,” said the screenshot of the email Ms. Trump posted.

Facebook announced that Trump’s suspension would be indefinite and would last at least until the remainder of his presidency. However, Facebook has since maintained the ban and is referring the situation to its independent oversight board. Twitter has said its ban on Trump is permanent.

Recently, Trump, with former first lady Melania Trump, launched their post-White House website. The site, 45office.com features both the former president and first lady and touts the achievements of his administration without making any mention of the impeachment trials. Trump’s website also once again features the assertion that the coronavirus came from China, glossing over his administration’s highly-criticized response to the pandemic.

Visitors to the Trumps’ website can now be able to request a personalized greeting from the former president and first lady or request the Trumps to attend their events. Because of the volume of requests, the site said that it would take up to six weeks for processing.

In case of a request to have the former president and first lady attend the event, the requests have to note if there would be media present or if there will be any notable guests in attendance.