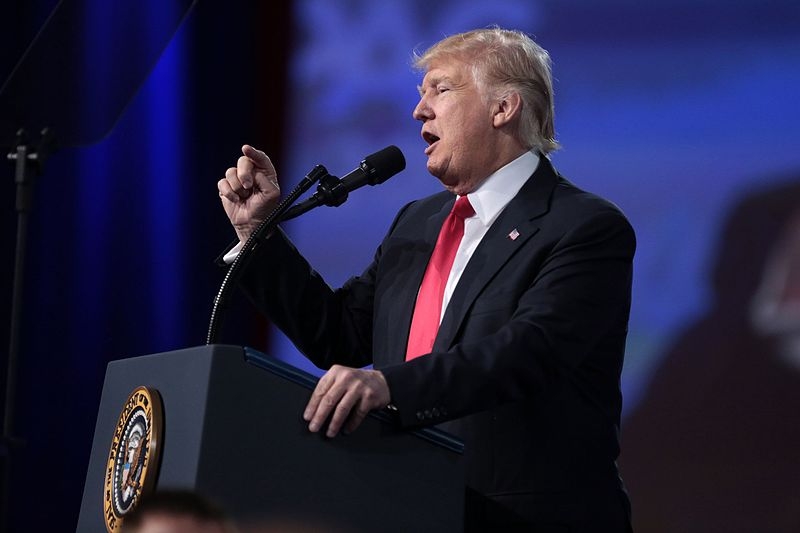 Former President Donald Trump is currently in the midst of a legal battle with New York Attorney General Letitia James in her civil probe into the Trump Organization. Trump’s former fixer Michael Cohen recently called out the former president’s lawyer for lying during a court hearing.

Cohen called out Trump’s attorney Alina Habba following a court hearing last week. New York Judge Arthur Engeron was apparently surprised during the hearing when Trump claimed that he does not have the documents that James is seeking for her probe into his business. A Reuters report noted that Engeron pointed out the former president’s penchant for communicating with post-it notes.

Engeron was referencing the testimony by the Trump Organization’s general counsel Alan Garten, who said that Trump communicated with his employees through the post-it notes. Habba denied that such post-it notes exist. Engeron has ruled against the former president, fining him $10,000 for every day that he does not comply with James’s subpoena.

Cohen called out Habba’s claim on Twitter, sharing a proof photo of a Trump Organization document with a post-it note from the now-former president, asking him at the time to release the said document to the press.

“Statement made today by Alina Habba in @NewYorkStagteAG case against Trump…’There’s no post-its – There’s no file cabinet of post-its’” Wrong again!!!” tweeted Cohen.

Aside from the legal battle in New York, the twice-impeached former president is also at the center of another investigation in Georgia. Fulton County District Attorney Fani Willis is set to select members of a special grand jury to look into the former president’s attempts to overturn the election results in the state.

This follows the damning report by the Washington Post that revealed how Trump attempted to pressure Georgia’s Republican Secretary of State Brad Raffensperger to “find 11,780 votes” to overturn the election results. The state went to Joe Biden in the 2020 elections.

The selection of a grand jury in Georgia also follows the news of the dissolving of the grand jury in the Manhattan District attorney’s criminal investigation into the former president, according to Mother Jones. Willis told Atlanta Journal-Constitution that she will wait until after the Georgia primaries to issue subpoenas to avoid the impression of influencing the elections for politically-motivated reasons.